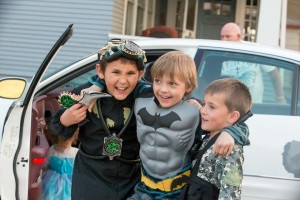 My grand nephew, Matthew Masterson has always tried to be a tough guy, but the biggest problem with that whole idea is that he has a soft heart. Matthew doesn’t like to see anyone get hurt or be sad, because all of his tough guy stuff is for fun. Matthew likes to hang out with his cousins, Xander, Zack, and Isaac Spethman, playing all of the tough guy games that boys play, like war games, super hero games and of course, every sport imaginable. He is after all…a boy. As cousins, Matthew and the Spethman boys get to spend quite a bit of time together, and they are always off playing some war game or something.

My niece, Liz Masterson, who is Matthew’s aunt, told me that Matthew talks like a small adult, using big words and sentences that sound like they were spoken by an adult. It happens sometimes. Little kids who seem to have grown up too soon.

Matthew has something in common with my daughter, Amy Royce, too. Last week Matthew and his sisters got to go to breakfast with their Aunt Liz. Liz took them to IHOP. The girls all ordered a traditional breakfast, but not so Matthew. He on the other hand decided to have a cheeseburger. Liz tried to reason with him, but Matthew would have none of it. So, he ordered a cheeseburger and then proceeded to pour Cholula Sauce all over it. What ten year old wants Cholula Sauce on their food. Most ten year olds hate hot sauce. Not Matthew. When, Matthew’s cousin, Amy went to breakfast on a vacation we were on one time, she decided that she 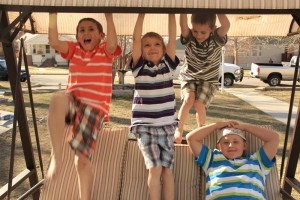 wanted Spaghetti for breakfast. We all thought she was half crazy, but she ate every bite…as did Matthew. The only thing was that Amy wouldn’t have ordered a cheeseburger if you paid her. In that one, Matthew was on his own.

Matthew is going into 4th grade this year, and I’m sure he will have a great year, but that is not something he wants to think about right not. I’m sure he is like that little girl on television talking about the back to school sign, who says, “Back off sign people…I’m keeping my summer.” I have to agree with you, Matthew, I’m not ready for fall either. Today is Matthew’s tenth birthday!! Happy birthday Matthew!! Have a great day!! We love you!!