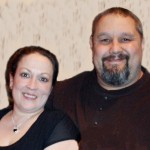 When I first met my niece, Chantel’s second husband to be, I was most impressed with the relationship he had with his own kids. He was a loving and caring dad, and truly cherished the time he got to spend with his children, Keifer and Katie. He seemed like such a kind and gentle man, and it was obvious to me that he was completely gone on Chantel.

When Dave and Chantel were married, her children, Jake and Siara were pretty much without a dad. Her ex-husband had moved to Louisianna, and didn’t have much to do with the kids. Although his parents were somewhat better than he was, they needed a man in their lives to be a real dad to them. Not every stepfather is a good dad, but Dave is an exception. He stepped in and with kindness and love, became the dad that every kid should have. 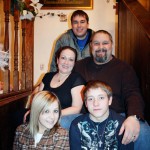 Dave has been a great addition to our family, and I have never seen Chantel happier. They have been married now for quite some time, and the family has blended from two into one, with each one feeling new degrees of love and respect for each other. With Siara heading off to college in a few days, I am very thankful that Chantel will have Dave for comfort. She is feeling rather lost at the thought of her girl leaving, and Dave will be a strong source of support when she is feeling down.

Today is Dave’s birthday. Dave we are so happy to have you in our family. Happy birthday!! We love you!!