The Story Continues To Evolve 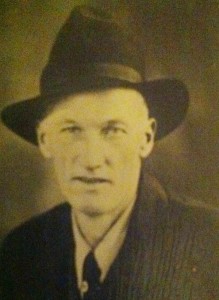 I am always surprised somehow, when a side of the family tree takes an unexpected turn. I remember years ago, talking to Bob’s grandma, Vina Leary Schulenberg Hein about her family. She had never mentioned her mother much, but I knew that she loved her dad, Chester Marion Leary and her brother, Kirby Leary very much. The events of our past can shape our views of people…sometimes forever. The reasons people do things are not always clear, and sometimes may never be known. That said, Grandma told me that her mother had left when she was a young girl. That meant that her life changed overnight. Childhood was over to a degree, because she had to help out around the house. Her dad loved her and her brother very much, and did his very best for them.

I suppose that because I was asking her about her mom, she didn’t exactly go into detail about what happened afterward. While looking through Ancestry, yesterday, I clicked on a hit for Chester Leary that took me to FindAGrave.com. I didn’t have a picture of Chester’s grave yet, so I wanted to get that. As I looked at his memorial, some of which I had seen before, because I had added the picture of him, I glanced to the relationship information, and saw that there was a child listed there that did not match what I knew of the family. I clicked on the link for Ruth Leary Dilley, and it stated that indeed Chester was her father, but her mother was Marie, not Viola, who I knew to be Chester’s wife.

Well, of course, after Viola left Chester, he did remarry. I wondered why that was not mentioned when I spoke to Grandma Hein all those years ago. Since Grandma was listed as one of Ruth’s sisters, they must have had a relationship. It was so strange to me. I suppose that Grandma thought that all I was interested in was what happened to her mother, which wasn’t exactly right, but maybe the whole situation with her mother was still a touchy area, and she didn’t think about the woman, Marie Behrendt who had become her step mother. Marie was quite a bit younger than Chester…seventeen years, in fact…so Grandma Hein was fourteen years of age when they married, and Marie was only six years older that she was, so maybe she didn’t really feel like a mother to her, and maybe not even a friend really. Nevertheless, the half sisters who were born to that second 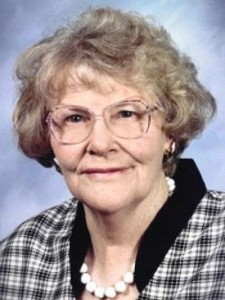 marriage certainly felt like Grandma Hein was their sister, since they listed her as Ruth’s sister. Grandma Hein was just seventeen years old when she married her first husband, Bob’s grandfather, Andrew Schulenberg, so it could be that she wasn’t really around her dad’s new wife long enough to feel like she was her mother either.

Whatever the reason, I certainly did not know about the twist the family history was about to take. Of course, I know that marriages fail and people remarry, but it just seems odd that when asked about her side of the family, Grandma Hein mentioned only the things that she had felt so negative about, and not the aftermath. I have found some of the Dilley children, and plan to attempt to contact them to see what they know of things. Once again, time will tell as to whether or not I am able to learn much more about this step grandmother and half aunts that we have through my husband, Bob’s grandmother’s family. Once again, the story continues to evolve.