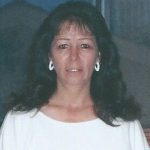 I grew up in Casper, Wyoming in the 70’s. There wasn’t a whole lot for the teen crowd to do, so we all rode “The Strip.” The Strip included all of CY Avenue and part of Center Street and 2nd Street. Most if the kids who had access to a car or knew someone who did, were out on the Strip every Friday and Saturday night. People would show off their “ride,” if they had a cool one, and meet up with their friends. My husband, Bob Schulenberg and I had lots of good friends we hooked up with on the Strip. One of our good friends was Lana Alldredge. Lana had one of those “rides” that was one to show off…a 1970 Mustang Mach 1…Canary Yellow with black stripes. She was so proud of that car. Every night before heading out to ride the Strip, Lana took her car to the carwash for a bath, because she couldn’t stand the thought of her car being dirty when people saw it. Now Lana was out of high school, and so rode the Strip every night, while my parents wouldn’t let me go out on school nights. Nevertheless, lots of kids could go out every night, 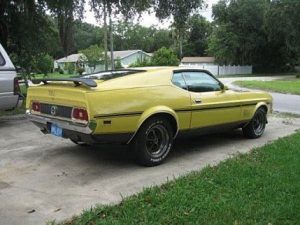 so her car was one that was well known, and had the reputation of always being clean, shiny, and tricked out. If you rode the Strip, you knew Lana’s car.

I read somewhere that in Minnetonka, Minnesota, there is a law, currently on the books that would work well for Lana, but not so much for most people. According to section 845.110 of Minnetonka, Minnesota’s city laws, there are several situations that are deemed a “public nuisance”, including but certainly not limited to ” a truck or other vehicle whose wheels or tires deposit mud, dirt, sticky substances, litter or other material on any street or highway“. Now, if you ask me, that is extreme. The only way to never have dirty tires is pretty much to bathe your vehicle constantly. While someone like Lana would be ok with that in her Mach 1 years, most people can’t see the point in a daily car bath, just so they didn’t get dirt on the street…in fact, the law is simply, outrageously insane, if you ask me. 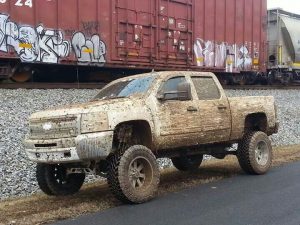 I agree with city beautification, and I can see not wanting the citizens throw shovel loads of dirt or mud onto the city streets, but lets face it…the wind probably deposits more, dirt and litter that the car tires do. Dirty tires, seem more like a relatively unavoidable consequence, rather than considering it a public nuisance, which is defined as something that disturbs peace, safety, and/or general welfare. Dirty tires are a little bit of a stretch here. On the other hand, there really aren’t many things that are less appealing than a dirty truck, especially when it has dirty tires, so maybe this law was founded on some good principles. Still, if this is a law that is still enforced, I don’t think I would want to live in Minnetonka, Minnesota.

Some Things Are Just More Important 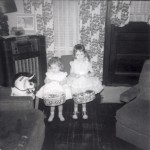 When I was a little girl, we had a rocking pony. Most families with little ones did. It was a great entertainment item. I don’t know how my sisters felt about that pony, or if they ever had a chance to ride it if I was around, because I loved that pony!! According to my mom, it was the most important toy I had. I rode it everyday…sometimes all day…or at lease until my mom said I had to take a nap, eat dinner, or go somewhere. Otherwise, that pony was my baby. I might have agreed to leave the pony if we could play with kittens or something like that, because I loved kittens too. You see, there were important things in life, but some things are just more important. That pony and kittens…in my life, those things were just more important.

Mom liked to take pictures of her girls, especially when we were all dressed up in the frilly dresses she liked to dress us in. Usually this was not a problem. Like most kids, we liked having our picture taken, but if we were very near my pony…I could be easily distracted. The lure of a ride on my pony was so strong. The pony was so much fun. I rode it hard. I never rocked the horse, I galloped. The pony and I rode so hard that the base came off the floor and eventually put ruts in the wood. How could pictures possibly live up to that? They couldn’t in my book. That pony was the coolest toy ever!!

I don’t recall my thoughts from those rides, but I have a pretty good idea that I was thinking of galloping along the prairie in the wind…or maybe all I thought of was how it felt while I was riding that horse…as fast as I could 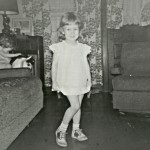 go. Whenever I was on that pony, speed was all that mattered. It made riding hard to resist. It was also hard to think about silly things like getting a picture taken. I have to wonder if my parents got frustrated with me sometimes, or if they simply understood.

Sometimes, Mom and Dad lost the battle for the photo, where I was concerned, because while my sister, Cheryl Masterson always posed nicely for the pictures they wanted to taken, sometimes, I just couldn’t be bothered, because my pony and I had places to go, people to see, and things to do. As I said, some things are just more important that other things. That was my pony…the most important thing in my little world, so Cheryl was in the picture and I was in the background. 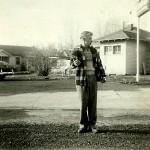 When my sisters and I were little we were told things like “You get things by ages” meaning bicycles and such. We also got privileges by ages. I think it is probably that way in most families. Kids need to be a certain age in order to be safe doing certain things, and going places…so we knew that was just the way it was. Naturally, whenever we became old enough for something new, it was a pretty big deal. Looking back on it now, it’s almost funny how big a deal something so small could be.

We lived on East 3rd Street, where my mom still lives to this day. It was and is a quiet, safe neighborhood. There was a gang of kids that lived on our street, and oddly, it was mostly girls, which worked out well for our family which contained 5 girls and no boys. There was a variety of ages among the girls on our street, so we usually had a friend our age. We all had pretty much the same standard of rules…I’m pretty sure our moms discussed all that and agreed on something…well ok, maybe not, but the rules did seem the same. In the summertime, you could play outside with your friends as long as you checked in regularly, stayed on our street, and came home before suppertime. After supper, we got to play outside again, until it got dark, then it was time to head home.

As some of us got older, and were allowed to venture out into the surrounding neighborhoods on our bicycles or on foot, and the ones left behind started to feel the sting of being younger. It just seemed unfair to us somehow, not that our sisters got to go somewhere that we didn’t, but that they got to be the older one. I guess we just knew that arguing the point was futile, but we sure didn’t like it much.

I will never forget how grown up I felt when I was finally allowed to leave the street in front of our house on my bicycle. My friend, Toni and I were allowed to ride our bicycles clear down to East 8th Street…wow, what a day!! We felt so grown up. We actually went just 5 blocks. Not really a very big distance, and considering that I now live on Sally Lane, two houses off of East 8th Street and I can walk to my mom’s house in about 5 minutes, it occurs to me just how small a distance that really is. Still, at that time, it was like traveling to the moon. We were free at last, and we felt that freedom clear down to our toes.