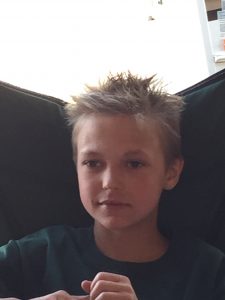 My grand nephew, Matthew Masterson is turning 11 years old today. It’s hard for me to believe that Matt is that old already. Nevertheless, while he is growing up, he is still a kid. Matt is the only boy is a family of girls. Now, I’m sure that you are thinking that he is seriously outnumbered, but you would be wrong. Matt can handle his sisters. In fact, Matt has a natural ability to torture his sisters. I have seen this first hand. It’s not that Matt is a terrible kid, but rather that he is a boy, and this is just what boys do to their sisters. But, let someone bother his sisters…they will meet the fury of the tiger, because Matt will protect his sisters…from everyone but himself. Matt isn’t cruel after all. It’s just that no one is allowed to pick on his sisters, but him. Thankfully, they know their brother loves them, and I suppose that gives him just enough of an edge so that he doesn’t find out just how tough girls can be when pushed too far.

Matt is all about sports, like most boys are. Everything from riding his bike using the new ramp his cousin Garrett Stevens made him, to playing football with his cousins. It isn’t every kid that gets to have their own ramp, especially one that would be built as well as Garrett would build it, but Matt does, and he just loves playing on it. But there are a number of other games Matt and his cousins play too.

Apparently, unbeknownst to me, there is a new in game to play , that everyone likes, and Matt is very into it. The game is called 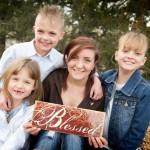 Parkour. I had no idea what that was, so I researched it online. Apparently, it is a military style obstacle course competition. I must say it sounds rather interesting, and I can see Matt and his cousins Xander, Zack, and Isaac Spethman playing that. They are like the four musketeers, and they are very inventive.

As far as school sports go, Matt’s favorites right now are soccer and basketball, but he really likes any sport that he can play that gives him that adrenaline rush that he craves. I think that is a common thing, and anyone who has done one sport or another, just because it feels exciting to do it, can understand that. Today is Matt’s birthday. Happy birthday Matt!! Have a great day!! We love you!! 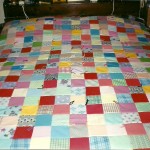 Most of the girls in Bob’s family, from Grandma right down to the granddaughters have a knack for crafts. It seems to be a tradition that everyone makes something. Several of them have made quilts that are really beautiful. My mother-in-law make a quilt of the, then 48 United State Birds, a pattern they purchased shortly after their marriage, and before Alaska and Hawaii joined the United States. Grandma’s quilts, of which I have 2, are a true treasure, especially since her passing in 1998, ended any hope for future quilts. We have so many talented women in our family, and it has been a great blessing through the years.

There are a few of the men who make crafts, including my father-in-law and my son-in-law, Kevin. The rest of the men are hard working, but when it comes to any kind of craft, they really don’t do that. They can make many other things though, including 2 ramps for wheel chairs and walkers. The family definitely has enough talent in it to fix, make, build, or create many of the things we need on a daily basis. We also have a banker, a nurse, our own liaison with the gas company, 2 insurance agents, several mechanics, as well as people in several other areas of occasional needs.

Some of the kids even get in on the talent end of things. Caalab is a good artist and 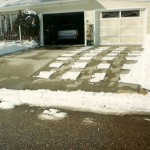 guitarist, Shai is a Fashionesta, and Christopher, Caalab, Josh, and Riley have plenty of sports talent. We are very proud of each and every one of them.

We also have an unknown artist/quilter. My guess is that this person is one of the men or boys in the family, but I can’t say for sure. Apparently they didn’t like the idea that they were left out in the quilting area of the family. Still, they knew that they didn’t have the skill or the patience for quilting. So whoever our unknown artist/quilter is, decided to show the girls that quilting really isn’t so terribly hard to do. Really, all it takes is a shovel and a good amount of snow.