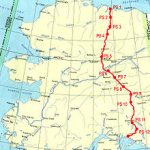 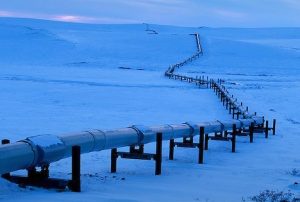 Dependency on foreign oil has long been a problem for the United States, keeping us always at the mercy of foreign oil companies. When we are dependent on foreign oil, we are subject to their prices and their shortages, or their refusal to sell to us. This nation has always needed to be dependent on our own production of oil, and as an oil rich nation, there is no reason for us to look elsewhere for our oil supply. Of course, the environmentalists would disagree with me, and I don’t want oil spills any more than anyone else does. Still, foreign nations have us at a disadvantage, not to mention that oil production in the United States would provide a lot jobs in the United States.

I’m not the only one who thinks this way either. In 1968, a massive oil field was discovered on the north coast of Alaska near Prudhoe Bay, which is north of the Arctic Circle, but the ice-packed waters of the Beaufort Sea are inaccessible to oil tankers. In 1972, the Department of the Interior authorized drilling there, and after the Arab oil embargo of 1973 plans moved quickly to begin construction of a pipeline. The Alyeska Pipeline Service Company was formed by a consortium of major oil companies, and in 1974 construction began. The steel pipeline is 48 inches in diameter, and it winds through 800 miles of Alaskan wilderness, crossing three Arctic mountain ranges and hundreds of rivers and streams. Environmentalists fought to prevent its construction, saying it would destroy a pristine ecosystem, but they were ultimately overruled by Congress, who saw it as a way of lessening America’s dependence on foreign oil. The trans-Alaska pipeline was the world’s largest privately funded construction project to that date, costing $8 billion and taking three years to build. The conservation groups argued that the pipeline would destroy caribou habitats in the Arctic, melt the fragile permafrost (which is permanently frozen subsoil), along its route, and pollute the salmon-rich waters of the Prince William Sound at Valdez. Under pressure, Alyeska agreed to extensive environmental precautions, including building 50% of the pipeline above the ground to protect the permafrost from the naturally heated crude oil and to permit passage of caribou underneath.

On June 20, 1977, with the flip of a switch in Prudhoe Bay, crude oil from the nation’s largest oil field began flowing south, down the trans-Alaska pipeline to the ice-free port of Valdez, Alaska. It wasn’t without its glitches, however. Power supply problems, a cracked section of pipe, faulty welds, and an unsuccessful dynamite attack on the pipeline outside of Fairbanks delayed the arrival of oil at Valdez for several weeks. Finally, in August, the first oil tanker left Valdez en route to the lower 48 states. The trans-Alaska pipeline was great for the Alaskan economy. Today, about 800,000 barrels move through the pipeline each day. Altogether, the pipeline has carried more than 14 billion barrels of oil in its lifetime. For its first decade of existence, the pipeline was quietly applauded as an environmental success, much to the chagrin of the environmentalists. Caribou populations in the vicinity of the pipeline actually grew, partly because many of the grizzly bears and wolves were scared off by the pipeline work, and the permafrost remained intact. The only major oil spill on land occurred when an unknown saboteur blew a hole in the pipe near Fairbanks, and 550,000 gallons of oil spilled onto the ground. Then, on March 24, 1989, the worst fears of environmentalists were realized when the Exxon Valdez ran aground in the Prince William Sound after filling up at the port of Valdez. Ten million gallons of oil were dumped into the water, devastating hundreds of miles of coastline. In the 1990s, the Alaskan oil enterprise drew further controversy when the Alyeska Pipeline Service Company attempted to cover up electrical and mechanical problems in the aging pipeline. 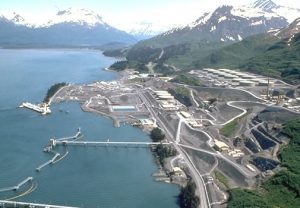 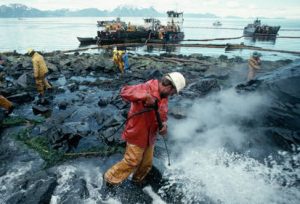 Refuge, east of Prudhoe Bay, to oil drilling. The environmental groups immediately opposed the proposal and it was initially defeated. Then, in 2006, the Senate voted 51-49 in favor of a budget resolution that included billions for Arctic drilling. Environmental groups are still fighting the legislation. I think, drilling at home is the best way to protect American jobs, and our economy, and as we all know, it could certainly use a serious boost right now.