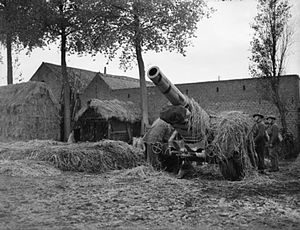 A declaration of war usually means that the people in both areas within the dispute had better prepare for eminent attack, because the declaration of war is like firing the warning shot before the actual open-fire begins. Of course, it may not be an immediate attack, but the attack always comes…or does it. On September 3, 1939, the United Kingdom and France declared war on Nazi Germany, after the Germans invaded Poland. Over the next eight months, at the start of World War II, there were no major military land operations on the Western Front. Strange, considering that the United Kingdom and France had declared war on Nazi Germany. You would think that they would attack or something, but nothing happened. During those eight months, Poland was overrun. It took about five weeks for the German Invasion of Poland beginning September 1, 1939 and the Soviet invasion beginning on 17 September 1939. Still, the Western Allies did nothing. I guess I don’t understand that. War had been declared by each side, but no Western power would 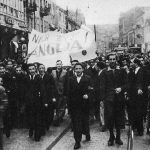 launch a significant land offensive…even though the terms of the Anglo-Polish and Franco-Polish military alliances obligated the United Kingdom and France to assist Poland. They simply stood by and let it happen.

The quiet of the so-named Phoney War was marked by a few Allied actions. During the Saar Offensive in September, France attacked Germany with the intention of assisting Poland, but the attack fizzled out within days and the French withdrew. In November, the Soviets attacked Finland in the Winter War. This resulted in much debate in France and Britain about helping Finland, but this campaign was delayed until the Winter War ended in March. The Allied discussions about a Scandinavian campaign caused concern in Germany and resulted in the German invasion of Denmark and Norway in April. Then the Allied troops that were previously assembled for Finland were redirected to Norway instead. Fighting there continued until June when the Allies evacuated, ceding Norway to Germany in response to the German invasion of France, which had taken place on May 10, 1940. 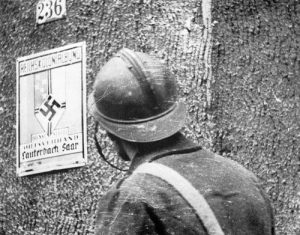 The Germans launched attacks at sea during the autumn and winter of 1939, against British aircraft carriers and destroyers, sinking several including the carrier HMS Courageous with the loss of 519 lives. Action in the air began on October 16, 1939 when the Luftwaffe launched air raids on British warships. There were various minor bombing raids and reconnaissance flights on both sides, but nothing that could possibly be viewed as a clear offensive….and during that whole time, people were dying and being subjected to various atrocities, because no one would help. Yes, war was declared, but it was a phony war, and apparently a phony declaration.