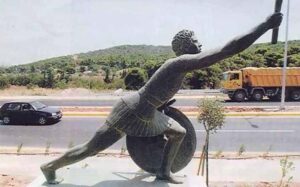 When we think of runners, most of us are impress, and rightly so. To run a race…especially a marathon…is an amazing feat. A marathon is 26.2 miles, but do you know why that is? Supposedly, the length of the race is a “tip of the hat” to a man named Pheidippides. According to legend, Pheidippides, an Athenian soldier, witnessed the combined Athenian and Spartan army’s victory over the Persians at Marathon. Then he supposedly ran 26 miles to Athens to deliver the news. When he arrived, he informed the Athenians, and then promptly perished of exhaustion. In his honor, marathon runners run 26.2 miles to remember that amazing feat, hoping not to share his fate in doing so. Another legend claims that the extra 0.2 miles were added during the 1908 Olympics so the race would end in front of Princess Mary’s pavilion. I’m not sure about the addition of the 0.2 miles, but the reality is that Pheidippides ran a lot further than 26 miles in his “death run” to spread the news of victory.

For that reason, the real Pheidippides probably wouldn’t have been impressed with someone who ran just 26.2 miles. That would have been child’s play to him. In reality, Pheidippides ran about 300 miles over the course of two days. It’s no wonder he passed away from exhaustion at the end of such a run. Pheidippides was a hemerodromos, or a military long-distance runner. Basically, he was a courier, but these days couriers use a 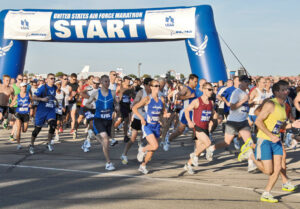 bicycle or car to carry their messages. Nevertheless, in ancient times, runners were the most efficient way to transmit messages over long distances, but Pheidippides’s legendary run was much, much longer than the average run. In fact, it was a “death run.”

The actual task assigned to Pheidippides was to run from Athens to Sparta to ask for more soldiers to be sent. It was a task he carried out, and the Spartans agreed. However, they refused to fight until there was a full moon, as was their battle custom. That was six days away, and would be of no help, since the loss of life by then would be too great. So, Pheidippides turned around and ran back to Athens to inform his superiors of the delay. It reportedly took him two days to cover 300 miles, and it was at the end of this run that Pheidippides expired.

Supposedly, it was a different runner entirely who ran from Marathon to Athens to deliver the news about the victory. While remaining anonymous, this runner apparently still perished at the end of his journey, which is why his shorter run is still remembered. I suppose that does make the marathon a treacherous and dangerous race. Over time, Pheidippides’s ultra-marathon was combined with the anonymous runner’s feat. Maybe they thought it was impossible for a man to run 300 miles in two days, and since I’m not runner, I really couldn’t 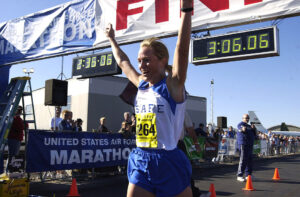 say. For me, while I can and have regularly walked 10 to 15 miles in a day, to run even a mile would be a likely impossibility, so I have great respect for anyone who runs any distance, much less a marathon or even a half-marathon. I am not surprised that these men died at the end of their runs. Quite possibly, their water and even food supply was somewhat limited during their runs, and since I know how tired I am after walking 10 to 15 miles, I can almost imagine the exhaustion after running a marathon or half-marathon, but to run 300 miles over two days, well suffice it to say I would have dropped before the first day ended…which is probably why I don’t run…unless it is to get away from danger, hahaha!!