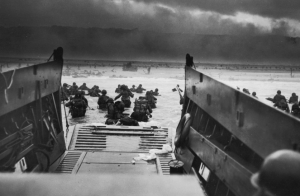 On this D-Day, a subject I have previously written about, I began to wonder about a different side of the story of this age old battle that everyone has heard of, even if some don’t know what it was all about. My thoughts turned to General Eisenhower. It was he who had the unfortunate task of deciding to attack the Germans who were occupying France, by way of the beaches of Normandy, France. It was he who had to carry the emotional burden of knowing that if the attack was made, he would be sending men to die. I would not have wanted to be in his shoes as he pondered this monumental decision. Nevertheless, someone had to make the decision. Things could not go on as they were. The future of the free world was dependent on the decisions made by this one man.

As families listened to their radio stations on the morning of June 6, 1944, one Valerie Lauder, who was 18 at the time, had graduated from Stephens Junior College that May and was not due at Northwestern University and the Medill School of Journalism until September was among the listeners. Her father was listening too, until he had to go to work. She said that President Roosevelt came on the radio and offered a prayer. Then, she heard General Eisenhower’s recorded reading of the order of the day, the troops in LSTs and transports heard it over loudspeakers. At that point, Val decided that she would really like to meet General Eisenhower, and given her chosen profession as a journalist, she was able to eventually make that happen. In fact, she was not only able to meet General Eisenhower 2½ years later, but was also able to preside at his press conference with the student press club that she had created and the Chicago Daily News sponsored.

She related the scene, “On January 18, 1947, Wearing two battle ribbons on his waist-length “Eisenhower jacket,” the supreme commander of the Allied Expeditionary Forces in Europe stood to my left, facing 165 student editors and photographers from high school and college newspapers throughout the greater Chicago area gathered in the Drake Hotel. Dressed in their Sunday best, pencils poised, notebooks open, they were seated on straight-back chairs set out in rows of 10 on either side of a center aisle. Ike stood at the end of the center aisle, about three feet in front of me. I introduced him.” As Val introduced General Eisenhower, she asked him, “General Eisenhower, what was the greatest decision you had to make during the war?” Eisenhower contemplated her question for a moment, and then answered her in a somber and serious tone about the D-Day landings. “To ensure the success of the Allied landings in Normandy,” he explained, “it was imperative that we prevent the enemy from bringing up reinforcements. All roads and rail lines leading to the areas of fighting on and around the beaches had to be cut or blocked. If reinforcements were allowed to reach the areas of fighting there, in our first, precarious attempts to get a foothold on the continent, the whole operation could be jeopardized. The landings might fail. The success of the landings on the beaches,” Ike said, reaching the end of the first row, starting back, “might well turn on the success of the paratroopers behind the lines.”

Then, on May 30, just six days before the scheduled landings, which were to have been June 5, a trusted aide and personal friend came to him, deeply concerned about the airborne landing. Val later that learned it was British Air Chief Marshal Sir Trafford Leigh-Mallory, who had been assigned to the Allied forces, with the title of Air Commander in Chief, which made him the air commander of the Allied invasion. He was apologetic about how late it was, so close to the jump-off time. But, he’d gone over it, and over it, and over it, and felt it simply would not succeed. The casualties would be too great. He pleaded with Eisenhower. “Casualties to glider troops would be 90% before they ever reached the ground,” he said. “The killed and wounded among the paratroopers would be 75%.” Eisenhower knew that would mean an unbearably high percentage of the 18,000 men who would drop into the darkness over Nazi-occupied France would become casualties. This would also mean that the survivors would be too few in number to succeed in their crucial mission of seizing, and holding the causeways. “The man was absolutely sincere, absolutely convinced it wouldn’t work,” Eisenhower said. “As a highly respected, capable officer, I trusted his judgment. I told him I’d think it over.”

After agonizing over the possible losses, he was still undecided just four days before the planned date. Eisenhower slowing, turned to face the students, he said, “I let the order stand.” With the words, his face seemed to relax. I suppose you would have to decide that you were going to be ok with the decision, or else it 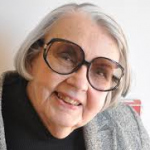 would drive you crazy. The students sat in stunned silence. “The airborne boys did their job.” Eisenhower went on with relief almost bordering on elation. “And, I am happy to say, the casualties were only 8%.” Eisenhower was not just a general setting up a battle, but rather a man with a heartfelt concern for the men in the airborne divisions and the men in the landing craft headed for the beaches. As he put it in his book, Crusade in Europe, “It would be difficult to conceive of a more soul-racking problem.” I have to agree. To only lose 8% of the men in that situation, well that is…unbelievable!!