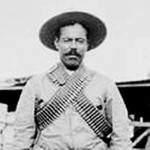 My great aunt, Mina Albertine Schumacher, who went by Minnie as a child, but Min for most of her adult life, married John Clark Spare in Fargo, North Dakota on January 8, 1921. In the years preceding their marriage, John had enlisted in the North Dakota National Guard, Company B, at the age of 17 years. His company was assigned to the Rio Grande River Patrol on the Mexican border at Mercedes, Texas. Company B was patrolling one day, and John had an empty gun, because at that point, there was not enough ammunition to go around. Basically, the men who had loaded guns would have to cover the ones who did not, in the event of anything illegal happening along the border. I suppose that was the only thing that they could do, but I have to tell you that I would not feel very comfortable being one of those guys who did not have any ammunition at the border between Mexico and the United States. I realize that these days that border is probably more dangerous than it was then, but maybe not. Many of the outlaws from both countries ran to the other country to hide out from the law in their own country.

On that day, John was patrolling near the bridge by the encampment, with his empty gun. Suddenly, a herd of horses was seen thundering toward them. Behind the herd was Pancho Villa and his gang of bandits. The gang was in a gun fight with the men from the Third Cavalry, from whom the gang had stolen the horses. The time had come for the border patrol to do their duty. It would be the job of the ones with the ammunition to engage the enemy and assist the Cavalry. The remainder of the men would need to dive under the bridge for cover. The men immediately prepared to take their necessary positions, and with one accord, all of the men of the border patrol dived under the bridge. Unbeknownst to the men, at least until that moment, they all had unloaded guns!! While that might seem like a funny thing to see all those men diving under that bridge because they did not have the ammunition to fight in the battle that was looming down on them, my guess is that it would also be a horrifying situation to the men hiding under the bridge hoping the battle would continue to go on down the road, and not circle back.

Following his time as part of the border patrol, John was called to the Guard full time, and assigned to guard the Fargo Armory, just as bombs were being placed at strategic points around the country to blow them up if it became necessary. I think it is a bit ironic that on his first assignment, John had no ammunition, and at his second assignment, when he was just going on 19 years of age, he was guarding a building that held larges stores of ammunition. I have to think that he must have thought to himself, “Where was all this ammunition when we were at the border?” John’s company would be taken into the Federal Army as the United States entered World War I. John would later re-enlist and fight in both world wars before he finally decided that he had served his time. I’m sure my Great Aunt Min was glad when he came home for good.