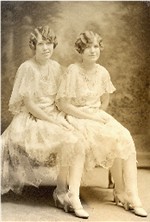 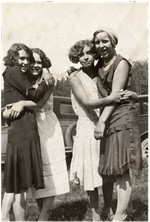 I love looking at my family’s old pictures. It makes me  wonder about the way things were in years past. One of the things that stands out to me is the clothing. Kids of all generations think that the clothes they wear are totally new fashion, and I suppose some of it was, but like it or not, there really is no new thing under the sun. The styles of today, were once the styles of yesteryear. Everything from long skirts, to pants, to mini skirts, to shorts has been worn before. It is so strange to look back, and see styles that girls have worn in the very recent past or even today, showing up in the 1800’s or the early 1900’s. In fact, I was amazed to see girls in either a mini skirt or a skirted bathing suit, with heels on. Now is the 1800’s, there would have been a name for girls like that, but in the 1920’s, after World War I ended, and the flapper came into being, the attitude in this country was so festive, that things were allowed that had not been very acceptable in times past.

When I think back on my own fashion statements as a kid, the jeans went from straight legged to bells, to big bells. They went from tight, to skinny, to bells that started at the top of the tight. We also went from Capri’s to shorts, to never wearing shorts, and from never wearing plaid to plaid was totally in style. Skirts went from long to midi to mini. And with each change, we were certain that we had started a totally new trend. Even some of the really outlandish trends of today are not originals. The really low cut pants the boys wear today, were actually started in men’s prisons, to let the other prisoners know that the convict was “open for business” if you can believe it. That in itself would make me refuse to wear that style…how about you? And of course, what girl hasn’t been told that she needs to leave something to the imagination, and yet in some of the eras of the past, showing more than half of the bosom was not only accepted, but the only fashion there was for women to wear!!

So, would we be shocked if someone came into a room is a style from the past, or would we not even notice, because they fit right in. I like to think that showing half of the bosom 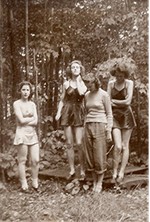 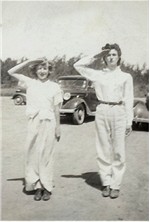 would shock us, but then we are used to men showing half of the butt these days. So, would we be surprised? I think we might not. In my opinion, the only thing that might surprise anyone, would be if the person was dressed up too much, not how much they were showing. A girl in high school wearing a lacy dress, with a high collar, and mid-length skirt would undoubtedly bring stares from all those around her. Styles do change, and we must change with them to a degree, or at the very least, learn to live with the latest fashion statements that each new generations is bound to come up with…or resurrect.