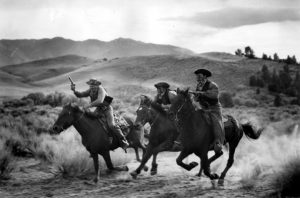 When a crime is committed, it seems to take forever to bring justice for the victims. Sometimes people just don’t want to wait, or they are so mad about the crime committed against them or their family, that they decide, either consciously or unconsciously, to take matters into their own hands. This is known as vigilante justice, and while we still have it today, it really was more prevalent in the Old West….at least as it applies to storming the jail and hanging the “criminal” accused of the crime, without a trial.

Vigilante justice was more common in the wild west days because law enforcement was almost non-existent. Vigilantes took it upon themselves to “enforce the law,” as well as their own moral code, even if the event was not necessarily against the law. When a mob would decide that a prisoner is guilty, they would storm the jailhouse, drag the prisoner out, down the street to a big tree, and there they would hang the prisoner, whether they were guilty or not. The mob had decided. I suppose that a lot of times the person who was hanged was guilty of the crime, but without a trial and evidence to prove their guilt, how could anyone be sure?

The term vigilante stems from the its Spanish equivalent, meaning private security agents, but the vigilantes of 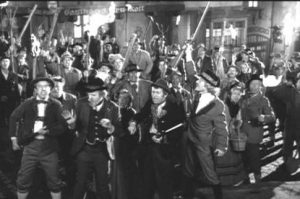 the old west and the mobs, who riot for their idea of right these days, have little in common with security agents. Most vigilantes and mobs are driven anger and adrenaline. Unfortunately those two things together don’t often bring a good outcome, and in the case of lynch mobs, it’s never a good outcome. Old West vigilantes were most common in mining communities, but were also known to exist in cow towns and in farming settlements. These groups usually formed before law and order existed in a new settlement. The justice dished out included whipping and banishment from the town, but more often, offenders were lynched. And sometimes the vigilante groups formed in places where lawmen did exist, but were thought to be weak, intimidated, or corrupt.

Some people see vigilantes as heroes, thereby giving them he support of some of the law-abiding citizens. Some people saw them as a necessary step to fill a much needed gap. Nevertheless, sometimes the vigilance committee began to wield too much power and became corrupt themselves. At other times, vigilantes were nothing more than ruthless mobs, attempting to take control away from authorities or masking themselves as “do-gooders” when their intents were little more than ruthless or they had criminal intent on their own minds. One of the first vigilante groups formed was the San Francisco Vigilantes of 1851. After several criminals were hanged the committee was disbanded. When the city administration, itself, became corrupt, a vigilante group formed once again in 1856. There were many vigilante groups formed in the American West. The Montana 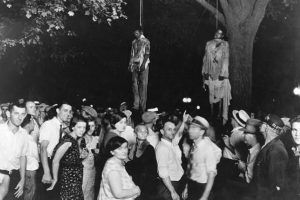 Vigilantes who hanged Bannack Sheriff Henry Plummer in 1864. They controlled the press, so the sheriff was made out to be the leader of an outlaw gang called the Innocents. Further investigation indicates that it might have been the vigilante group, themselves, who were behind the chaos reigning in Montana and that Henry Plummer was an innocent man. Following the Civil War, the Reno Gang began to terrorize the Midwest, resulting in the formation of the Southern Indiana Vigilance Committee. The next time the Reno Gang attempted to rob a train, a the vigilante group lynched its leaders…Frank, William and Simeon Reno. Vigilantes did good in some instances, but it was not really the best form of justice.