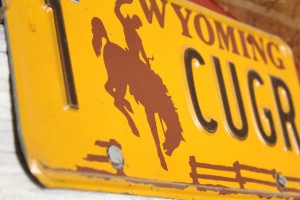 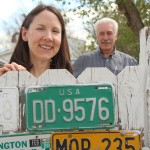 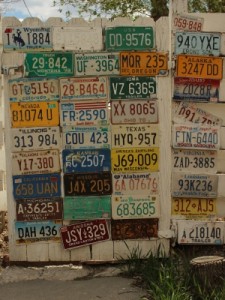 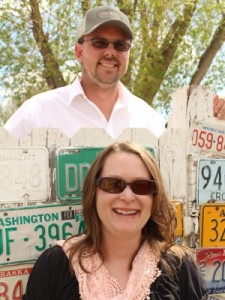 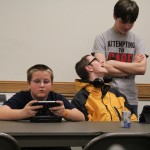 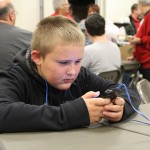 While I was at our family Christmas party Saturday night, I noticed all the people using electronic devices for entertainment. I know this is a subject that has been beaten to death by a lot of people, but I guess I have a little different view of it. I know that people may not socialize as much with those around them, and I suppose that is a problem, but it is the way things are these days…and in all reality, I am one of those people who gets on their phone a lot. I try not to get on it too much when I’m with my husband or kids, but the reality is that it’s hard not to. I have had to learn to be available…mostly for my kids and the family members that I am caregiver for. There are no other options. You are needed at all hours of the day and night, and so you keep your cell phone close.

With texting, you can send the message and then get back to your conversation, so it leaves you with less time that you are ignoring the person you are with, but not everything involves texting. I have moments when I get an idea for my writing…even in the middle of the night, and if I don’t put it down somewhere, I find myself thinking, “What was that idea again?” And believe me, that is frustrating. I have used my phone to Google something that those I’m with and I are talking about, such as parts some actor played in some show, or what day a battle took place in World War II, which usually is something I am quite interested in. A smart phone is truly an unlimited source of information, and I must say that I seem much smarter when I use it.

Yes, we live in a world of everything at our fingertips, and that is not always a bad thing. I have placed orders from my phone, transferred funds from my phone, emailed from my phone, and I can even get my proof of insurance for license plates from my phone now. The smart phone is simply a time and even sanity saver. How can it save your sanity you ask. Well, tell me, what three year old can’t play a game on a smart phone. When you child is crying, and you are in public, that can be a definite sanity saver. And when you older child is in a situation whereby they need to sit still, and they really don’t want to, a smart phone is a great form of entertainment that will keep them out of trouble and save you from embarrassment. And when you are in a public place and your kid is one of the ones who is sitting quietly and entertaining himself, that is a good thing. You get to look like the awesome mom or dad. 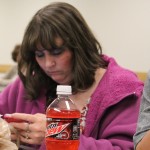 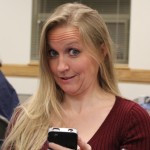 such a bad idea. I guess it is a matter of trying not to abuse it, and trying to be respectful and understanding of those who aren’t using it. Of course one other thing I have noticed, and that I have tried to do myself, is to include others in what you are doing with your smart phone. I usually try to show Bob some of the things I find of Facebook, because he loves a good bit of humor. And it lets him be a part of what I’m doing even if he doesn’t smart phone…because not everybody does, you know. And here I was just thinking, “Everybody does it!!” Ok, almost everybody does it. Admit it…you do it too.