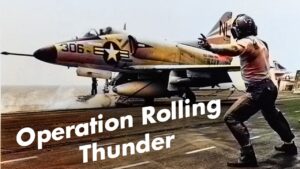 Many people believe that there was no good reason for the war in Vietnam. It seemed like a war we were not going to be allowed to win, and many thought it should have been one we just stayed out of. Vietnam became a French colony in 1877 with the founding of French Indochina, which included Tonkin, Annam, Cochin China and Cambodia…Laos was added in 1893. The French lost control of their colony briefly during World War II, when Japanese troops occupied Vietnam.

After the war, Japan and France continued to fight over Vietnam. Ho Chi Minh, a revolutionary leader inspired by Lenin’s Bolshevik Revolution began forming an independence movement. He established the League for the Independence of Vietnam, better known as the Viet Minh, in May of 1941. On September 2, 1945, he declared Vietnam’s independence from France, just hours after Japan’s surrender in World War II. When the French rejected his plan, the Viet Minh resorted to guerilla warfare to fight for an independent Vietnam. 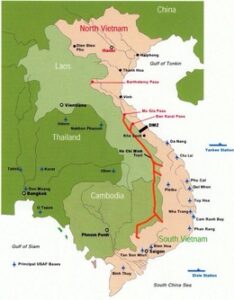 One of the most well-known campaigns of the Vietnam War was codenamed Operation Rolling Thunder. It was an American bombing campaign in which US military aircraft attacked targets throughout North Vietnam from March 1965 to October 1968. This operation was intended to put military pressure on North Vietnam’s communist leaders, thereby reducing their capacity to wage war against the US-supported government of South Vietnam. With that, operation American began its involvement began, not only its assault on North Vietnamese territory, but the expansion of US involvement in the Vietnam War.

By the 1950s, the US military began providing equipment and advisors to help the government of South Vietnam to resist a communist takeover by North Vietnam and its South Vietnam-based allies, the Viet Cong guerrilla fighters. The American military initiated limited air operations within South Vietnam in 1962, in an effort to offer air support to South Vietnamese army forces, destroy suspected Viet Cong bases, and spray herbicides such as Agent Orange to eliminate jungle cover. It was an ugly time for anyone in the area. In August 1964, President Lyndon B Johnson expanded American air operations, when he authorized retaliatory air strikes against North Vietnam following a reported attack on US warships in the Gulf of Tonkin. Later that year, Johnson approved 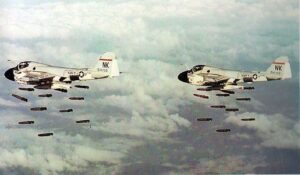 limited bombing raids on the Ho Chi Minh Trail, a network of pathways that connected North Vietnam and South Vietnam by way of neighboring Laos and Cambodia. The president’s goal was to disrupt the flow of manpower and supplies from North Vietnam to its Viet Cong allies. Nothing the United States tried really worked to remove the tensions in the area, and so in 1963, the United States withdrew from Vietnam. Unfortunately, they left behind bombs and land mines from Operation Rolling Thunder and other bombing campaigns of the Vietnam War. By some estimates, those bombs and land mines have killed or injured tens of thousands of Vietnamese people since the United States withdrew its combat troops in 1973.