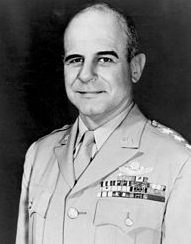 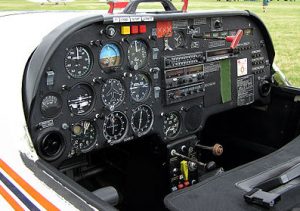 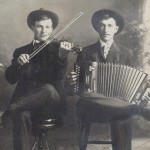 On the back of the violin is a name, Allen Spencer. I assumed that it was carved lovingly into the wood by my great great grandfather when he was young. I have no way of knowing just exactly when it was written, but it would seem like something a child would do. Grandpa was born in 1826, and died in 1883, and as near as I have been able to find, the violin might have been made in 1866, which would mean that my great great grandfather was 40 years old. No matter how old he was when he engraved his name into the violin, the length of time the violin has been in our family tells me that music to some degree has been in my family for several generations. That violin was handed down from my great great grandfather, to my great grandfather, William Malrose Spencer, to my grandfather, Allen Luther Spencer, to my Uncle William Malrose Spencer II, who passed it on to my dad, Allen Lewis Spencer, with the request that we keep it in our family. We have had several violinists in our family, my sister Allyn, and my daughter Corrie, to name two. The violin is in great condition, and has been well used throughout the years.

My grandfather, Allen, enjoyed jamming with his brother-in-law, Albert, who was playing the accordion. I can imagine that their jam session was a lively time, as those two instruments don’t usually go together. Nevertheless, when a couple of brothers get together and try to outdo each other in their play, and from what I have seen of these two brothers, they liked to joke around. They always seem to have a twinkle in their eyes in the pictures I’ve seen. I have a feeling that the brothers could be…maybe a little mischievious. 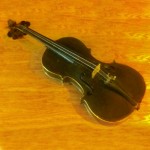 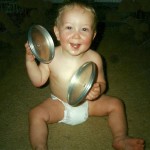 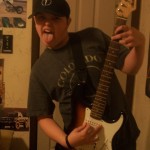