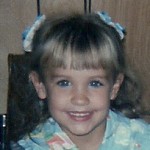 When my niece, Susan was a little girl, she had an imaginary friend, like many children do, but her friend’s name was…well a bit unusual as was the fact that her friend was a boy, which was not usually the case with imaginary friends. His name was Stubba. Susan says she liked the word stubborn, but didn’t know what it meant, and that Stubba name came from that word. Susan loved her friend. He went with her everywhere, and they had many adventures together. One thing about an imaginary friend is that they are very loyal. They don’t run off and play with they other kids very much, because they would rather stick close to their best friend.

Recently my daughter Amy, got to thinking about Stubba again, and posted just his name on Susan’s Facebook. Well, that was enough to get things started all over again. Susan commented with, “Oh!!! My long lost friend Stubba!!! I sometimes wish I could go back to those days where my only worry was what my friend Stubba was up to. LOL!!!! Good times!!!” I know just what you mean Susan. There are times I would like to go back to my carefree days too, but then I think…”Naw, I would be missing out on too much,” as would you. 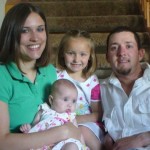 As Susan grew up, her need for Stubba dwindled, and eventually it was time for Stubba to leave us and go where all imaginary friends go. As I recall, in order to let his passing be permanent, Susan told us that he fell out of her grandpa’s pickup bed, and died. We were all a little bit sad for Stubba, who would no longer get to run and play with the little girl he loved so much, but we can all take comfort in the fact that while Stubba is in Heaven now, Susan’s life has been blessed with so much more. I’m quite sure Stubba would be pleased to see that she now has Josh, Jala, and Kaytlynn in her life and that there is most certainly no void there. No…I think Stubba would be very happy for his dear friend, Susan.