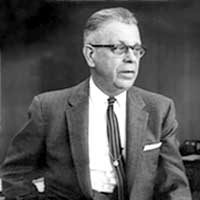 Life was not easy for Percy Lebaron Spencer, who was born to Louis and Lillian (Ottenheimer) Spencer in Howland, Maine on July 19, 1894. His father passed away when he was still a toddler and he was abandoned by his mother soon after. Spencer was brought up by his poverty-stricken uncle and aunt, who barely had enough to get by themselves. When he was seven, tragedy struck again, when his uncle died, leaving him to be the unofficial head of the household, a job he took seriously. Soon after his uncle’s passing, Spencer left school to earn a living and support himself and his aunt.

Spencer as a very curious boy, who always wanted to know how things worked, once spending days exploring a log hauler truck that broke down in front of his house, trying to figure out how it worked. That curiosity never left him, and was at the root if his inventor’s mind. Between the ages of 12 and 16 he worked at a spool mill. He left the mill upon learning about an opening at a paper factory that was going to be run on electricity. Living in a remote town, an electrically run factory was exciting and new, and something that Spencer’s mind could not resist. This was a new concept in the remote town where he lived. He didn’t know much about electricity, so he learned as much as he could about it and applied for the job of wiring the plant. He was one of three people chosen for the job. Which is amazing to me, because he was not a trained electrician, but then I guess no one else was either. Still, he had no training of any kind, and learned his job…on the job. 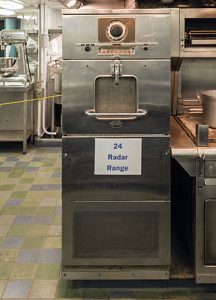 At the age of 18, Spencer’s took another turn, but this one was not a tragedy. He joined the United States Navy and it was there that he learned about wireless and radio technology. Always highly motivated, Spencer learned and gained expertise in a number of fields such as trigonometry, calculus, chemistry, physics, and metallurgy by reading extensively about them. He also became an expert in radar tube design, and worked at a company called Raytheon as the chief of the power tube division. Spencer was a great asset to Raytheon, and his expertise helped the company win a major contract from the US government to produce magnetrons for radar equipment which was became invaluable in the second world war. Under his leadership, the division expanded from a mere 15 employees to more than 5000 employees and productivity was also largely improved.

Probably the most commonly used of Spencer’s inventions in modern times, and one many people might not know was his invention, was the microwave oven. What household doesn’t have one? This invention was purely coincidental, though. One day while working at the plant, he crossed an active radar set when he noticed that the candy in his pocket had suddenly melted. His curiosity was immediately heightened, and he set about finding out how that had happened. He decided to experiment further by testing out different types of foods, such as unpopped kernels of corn. To his surprise and delight, they began to pop. Unlike others who had experienced the same, Spencer was keen to learn more about it.

Spencer began to research further, and documented his findings. Then he filed for and was granted a patent in 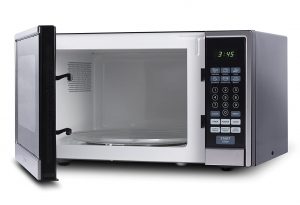 1945. In 1947, he produced the first commercially built microwave which was between 5 and a half to 6 feet tall and weighed around 750 pounds…not exactly the compact unit we have today. It cost between $2000 to $3000 and was initially used in restaurants, railways, and ships, as they were too bulky and expensive for home use. The early models did have some shortcomings. Meats would not cook properly in the unit. So, Spencer set about researching again, and modified his design. The first microwave for home use was developed in 1967. It cost $495 and could be fit on a kitchen counter top. So the next time you pop something into the microwave, remember that it was Percy Lebaron Spencer, who made it possible for you to do so.