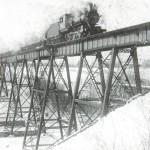 Trains have always fascinated me. I love to ride them, and I love to watch them. I suppose that it could be something that is in my blood, since some of my family members, including my grandpa and my Uncle Bill both worked for the railroad. Or maybe it is just my personal opinion, but I think trains are cool. Whenever Bob and I go somewhere that offers a train ride, we try to plan that into our trip. If you have never taken a ride on a train, you really should consider it sometime. You won’t be disappointed. It is like a time machine, of sorts, taking you back into history.

The history of trains and the railroad itself is a fascinating one. In a very primitive form, trains existed back as far as 600BC, to move goods from ships to where they needed to go. Early miners had a primitive train since about 1500, called a Wagonway. It really was an invention of necessity. It was very difficult to haul ore out of a mine with a horse and wagon…or a wheelbarrow for that matter. By coming up with a way to transport the ore in wagons on a rail system, it got much easier. Of course, this system wasn’t much good if you were going to go very far, because let’s face it, a series of 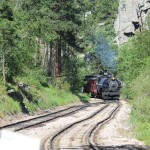 wagons going very far is a slow mode of travel, and it wouldn’t be a Wagonway anyway, because that is called a Wagon Train…oddly enough.

The implementation of the rail system in the United States was necessary to our future too. Getting from one side of this country to the other is not an easy task. Even with the benefit of cars these days, driving cross country takes several days. And while the early trains weren’t much faster than our cars are, you could sleep at night, and keep going. At first the trains only carried supplies and such, but it wasn’t to be very long before they carried people. The first fare paying passenger train began operating in 1807 in Swansea, Wales. From that time on, more and more trains would carry passengers, and in many ways the world became a smaller place after that. Soon trains would criss-cross the United States, and train travel became common. It wasn’t common to just everyplace right away, however, but on this day, January 22, 1888, the first passenger train came into Cheyenne, Wyoming. It left the same day, making Wyoming history…two years before we even became a state.

Travel by train would begin to make people feel like they had really come into the modern ages for a while, but with cars and airplanes, it wouldn’t take long for train travel to almost become obsolete. These days, I think that like me, most people ride the train systems because it is a novelty. Bob and I like to ride the 1880 Train from Keystone, South Dakota to Hill City, South Dakota. Basically it is like riding a train to nowhere, because while the two towns are real towns with stores, and people living there, for those riding the train, they are just a quick stop on the journey from one to the other and back again. The whole trip takes an hour one way, and with an hour layover in Hill City, we are back in Keystone in 3 hours…having done nothing more than to relax and enjoy the ride. 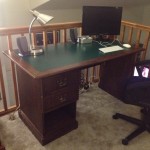 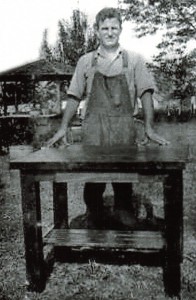 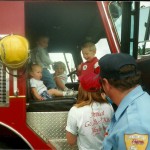 Kids, young and old have a fascination with fire trucks. Maybe it is the idea of a real superhero that draws us to them. Or maybe it is the siren that gets our attention. Maybe its the cool truck with all its great equipment. It could be the excitement of the job they do, or the thought of how it must feel to rescue someone from certain death.

No matter what the draw is, it seems to draw us all. When a fire truck goes down the street with lights flashing and sirens blaring, everyone looks and starts wondering what has happened. You scan the sky for smoke and when you see none, you assume it must have been a car accident. Your thoughts wander to the person is serious need of help right now, and inside you say a prayer for their safety.

But for kids, it is the dream of someday being a firefighter…a hero, or super hero. I know of very few little boys who don’t want to be a fireman at sometime in their young life. My grandsons have all talked about ir at one time or another. Girls may not want that so often, but my niece Lindsay went so far as getting a degree in fire science and working for the Forest Service in Hill City, South Dakota for two summers.

The kids get to meet the firefighters at school, and field trips, as well as other events designed to promote safety and awareness, so they get to see how important the job is. In this picture, my grandson Christopher is standing on the seat of the truck. The look on his face shows that he is on cloud nine. He has always likes things mechanical, and the fire truck is the ultimate in gadgetry. Kids today are very used to and comfortable with gadgetry. They thrive on it. The more tech savvy something is, the better. Add that to the whole fireman/firetruck thing and kids are set.

We all look up to the firefighters. They run in to protect and save us when we need them the most. They are our superheroes, and we will always look when they go by, wondering what emergency they are heading to this time. We see them as exciting and brave, courageous and strong. And little kids everywhere looking at them as exactly what they want to be when they grow up. 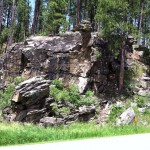