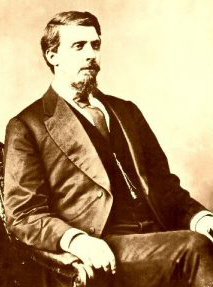 Judge Isaac Parker was born in a log cabin outside Barnesville, Belmont County, Ohio on October 15, 1838. The youngest son of Joseph and Jane Parker. As a boy, Isaac helped out on the farm, but never really cared for that type of work. He attended the Breeze hill primary school and then the Barnesville Classical Institute. Knowing he wanted more, he decided to go for a higher education. To help pay for it, he taught students in a country primary school. When he was 17 he decided to study law, his legal training consisting of a combination of apprenticeship and self study. Reading law with a Barnesville attorney, he passed the Ohio bar exam in 1859 at the age of 21. During this period of his life, he met and married Mary O’Toole and the couple had two sons, Charles and James. Over the years, Parker built a reputation for being an honest lawyer and a much respected leader of the community.

After Parker passed the bar, he decided to head west, ending up in Saint Joseph, Missouri a bustling Missouri River port town. He went to work for his uncle, D.E. Shannon, becoming a partner in the Shannon and Branch legal firm. By 1861, he was working on his own in both the municipal and county criminal courts. In April of 1861, he won the election as City Attorney. He was re-elected to the post for the next two years. In 1864, 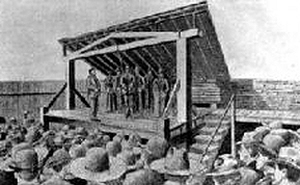 Isaac Parker ran for county prosecutor of the Ninth Missouri Judicial District and in the fall of that same year, he served as a member of the Electoral College, casting his vote for Abraham Lincoln. During a political career that included a six-year term as judge of the Twelfth Missouri Circuit in 1868, Parker would soon gain the experience that he would later use as the ruling Judge over the Indian Territory.

After the Civil War, the number of outlaws had grown, wrecking the relative peace of the five civilized tribes that lived in Indian Territory. By the time Parker arrived at Fort Smith, the Indian Territory had become known as a very bad place, where outlaws thought the laws did not apply to them and terror reigned. Parker replaced Judge William Story, whose tenure had been marred by corruption, after arriving in Fort Smith on May 4, 1875. At the age of 36, Judge Parker was the youngest Federal judge in the West. Holding court for the first time on May 10, 1875, eight men were found guilty of murder and sentenced to death. Judge Parker held court six days a week, often up to ten hours each day and tried 91 defendants in his first eight weeks on the bench. He was determined to clean up the Indian Territory, single handedly if necessary. In that first summer, eighteen persons came before him charged with murder and 15 were convicted. Eight of them were sentenced to die on the gallows on September 3, 1875. However, only six would be executed as one was killed trying to escape and a second had his sentence commuted to life in prison because of his young age.

The day of the September 3, 1875 hanging was a media circus, and because of all the attention, everyone knew that the once corrupt court was functioning properly again. Parker’s critics dubbed him the “Hanging Judge” and called his court the “Court of the Damned.” They thought Judge Parker was too harsh. The Fort 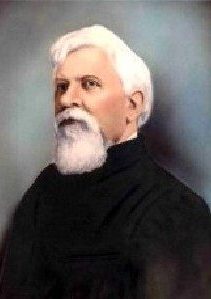 Smith Independent was the first newspaper to report the event on September 3, 1875 with the large column heading reading: “Execution Day!!” Other newspapers around the country reported the event a day later. These press reports shocked people throughout the nation. “Cool Destruction of Six Human Lives by Legal Process” screamed the headlines. Of the six felons, three were white, two were Native American and one was black. When the preliminaries were over, the six were lined up on the scaffold while executioner George Maledon adjusted the nooses around their necks. The trap was sprung all six died at once at the end of the ropes. The event solidified Judge Parker’s nickname for all time. In 21 years on the bench, Judge Parker tried 13,490 cases, 344 of which were capital crimes. 9,454 cases resulted in guilty pleas or convictions. Over the years, Judge Parker sentenced 160 men to death by hanging, though only 79 of them were actually hanged. The rest died in jail, appealed or were pardoned. Judge Parker died on November 17, 1896.