Life Must Go On 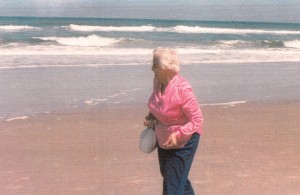 Being widowed is quite likely the most devastating thing that can happen in a married person’s life. The immediate feeling is “how can I go on” or “I don’t want to go on” or something similar, and yet, life does go on, whether we like it or not. The spouse who has gone home wouldn’t want the surviving spouse to quit. They want them to continue to live a full life. They must go one living until their own time comes, but how full that life is…well, that is up to the surviving spouse. I have looked through pictures of my grandmother on trips taken after Grandpa passed away, and while I know that she missed Grandpa terribly, Grandma knew that he would want her to go on living life to the fullest.

In many ways, it reminds me of the latest version of “The Titanic” in which Rose, after losing Jack, went on to do all the things he had inspired her to go out and do. Looking at my grandmother walking along the Gulf of Mexico, or exploring the castles of Ireland, tells a tale of survival. She went on to do some of the things that Grandpa would have been so thrilled to see her do. I have to wonder what was on her mind as she took some of these trips. I suspect that it was somewhat bittersweet, because while it was exciting to see these places, it would have been sad to think that her beloved husband didn’t get to experience it with her. I’m sure she also felt like he was with her in spirit, but that really is 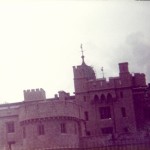 While the years following being widowed can seem long and lonely, they often aren’t many, and they fly by. My grandmother followed my grandfather to Heaven in 1988, just 8 years after Grandpa went home. I’m sure they are happily discussing her adventures during the time they were apart, and knowing my grandpa, I’m also sure his eyes sparkle when she tells him of that time, although, nothing could possibly compare to what they are experiencing now. In fact, come to think of it, they probably haven’t even given Grandma’s adventures a single thought since she arrived.