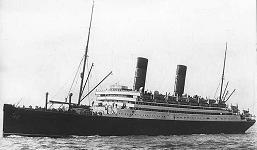 The leaders of wars have long been known for their means of deception. They will try whatever they can to confuse the enemy, and thus make their own troops safer. It all seems like a good idea, until it all goes wrong. Such was the case when, during World War I, the British army decided to disguise a passenger ship…the RMS Carmania into a battleship disguised as another passenger ship…the German SMS Trafalgar.

Now that all seems like a good plan, provided that you don’t run into the real SMS Trafalgar…or someone who knows where the real SMS Trafalgar is at that moment. The plan was working well, and the RMS Carmania/SMS Trafalgar seemed a great success. The only problem was that the Germans had the same idea. They decided to disguise the SMS Trafalgar as the RMS Carmania. It is odd that each side chose the ship that the other had disguised, and when you think about it, it was clearly a recipe for disaster. It was only a matter of time before the two ships would run into each other, each knowing that the other was an imposter, but not knowing that their enemy knew the same thing. 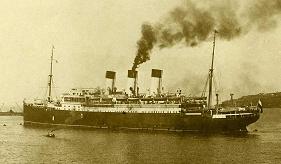