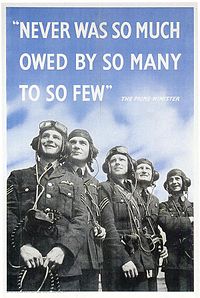 Two Heads…Or Ten, Are Better Than One 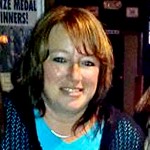 I love that I have connected with so many family members over the past few years. It seems like each connection brings another connection, and then it keeps blossoming into more and more connections. Yesterday, I got an email from my cousin, Tracey Schumacher Inglimo, telling me of some information she came across in FamilySearch.Org. Some of it I already had, but there was quite a bit of it that I didn’t. It was like opening an early Christmas present. It was given to me for no reason other than to further the family tree for all of us. I seriously can’t tell you how big a blessing Tracey has become, and she continues to grow more and more important to my life every day. It was the connection with her that started all the open doors in the Schumacher family in the first place. From there, the Schumacher side of the family has grown to the point where I’m not sure just how many we know…and that is awesome!!

As I said, some of the information was information that I already had, but some of it was new to me. One of the things I found most exciting is that Tracey had found, what I now believe to be the long lost picture of Christian Schumacher, who is my great great uncle, and the brother of my great grandfather, Carl Schumacher. According to my great aunt, Bertha Schumacher Hallgren, “Christian was a soldier (he joined very young, perhaps 20), straight and tall when he stood in his uniform, the photo of which Elsa and I used to love to look at when we were small. He served in the first World War, having stayed in the reserves

throughout the years, and fighting men became so few in the closing years of the conflict that Germany had to call up all the reserves, regardless of age. When the Russians entered Poland, he was captured and never heard from again. He had married a Polish girl and lived just inside the border of the two countries, operating a wholesale grocery business. They never had children and she did not continue writing after this tragedy.”

It is my hope that the picture Tracey found online is the same one Aunt Bertha mentioned in her story. It had seemed all but lost, and to find it among the things Tracey had found excited me beyond measure, as I know it will for all the other family members who have been hoping to see it. It is exactly what was described to me, and I know that there are others in the family who have seen it, so I hope they will be able to confirm that is the one they had seen.

I have found, as I have taken this journey of discovery to find other family members and more information on our history, that two heads…or ten, are better than one. They are far better, in fact. We all tend to look different places, and look for different information, and yet before you know it, the information found by one turns out to be the information that someone else was searching for. I guess I would have to say that my main reason for connecting with family is the family…for sure, but finding out so much more about the family is definitely a plus. So, today I want to thank Tracey for giving me and the rest of the family such an amazing gift. We all love you very much!!