Days In The Fog 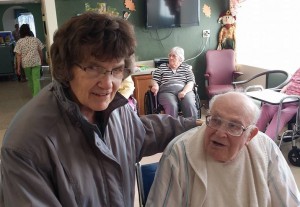 When someone has Alzheimer’s Disease, or any form of Dementia for that matter, their family and friends know that there will be moments of clarity, amid many days in the fog. Those are the precious moments. Such was the case a few years ago, when my first cousin once removed, Carol Schumacher Carlson and some of her kids went to visit my Uncle Bill Spencer, who is Carol’s cousin. I’m not sure how long it had been since Uncle Bill had seen Carol, but it was one of those wonderful days. He looked at her and said, “Well, Carol, how have you been?” It was such a sweet moment for both of them. I’m sure that Carol expected that her cousin would have no idea who she was, but he knew her. 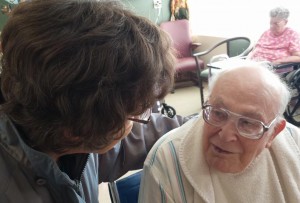 I have had those moments when I have been so pleased that the person I’m talking to, knows me and times when they didn’t. I can tell you that the times they know you are far better…but you don’t get to choose those moments. It’s just not up to you, nor is it up to the Alzheimer’s patient. It just is what it is. You have to treasure the moments of clarity, and deal with the fog, because the patient has no control of it. Believe me, if they could control it, they would. No one wants to lose their memory. Everyone treasures those memories, and when they start to fade, it is sad for them…at least until they just don’t remember them anymore. At some point, it becomes more sad for the visitors than it is for the patient, because they no longer remember that they forgot. 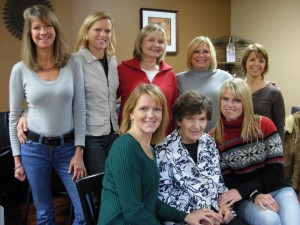 great moment of clarity, because the visit meant so much to both of them. Carol suffers from Dementia as well, and while neither probably remembers the visit now, the rest of us could tell that it was a very special moment. Sometimes, without even realizing it, kids can do something so special for their parents that, whether the parents remembers it forever or not, makes no difference, because the other people who witness it or see pictures of it, can see just what an amazing moment it really was. This was one of those amazing moments that will live in my memory files forever. I think Carol’s kids are all pretty amazing. They love Carol, and see to her needs in such wonderful ways. I love each and every one of them.