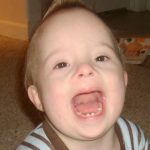 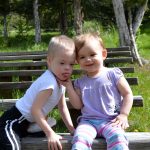 My grandnephew, Lucas Iverson is turning six today, and he is proudly getting ready to go to Kindergarten. Lucas is a special kid. He has Down’s Syndrome, but he isn’t letting that or anything else slow him down. He has had to work harder than most kids, just to arrive at the same place, but just because it’s been harder, doesn’t mean Lucas will quit. He’s no quitter!!

Going to Kindergarten is going to make for a big year for Lucas, but that isn’t the only big step in Lucas’ next year. Over the next few months, Lucas is going to have some tests and procedures at Children’s Hospital in Denver, Colorado. I’m not sure what they are hoping to find with the tests or the procedures, but I pray they will find a way to make his life easier. His young life has already been filled with tests, and therapy to help with walking and such. Most of us would have wanted to quit long ago, but Lucas just keeps plugging along, because, he’s no quitter!!

Hard work has paid off for Lucas, because he is walking now, and that is a very big accomplishment. I think that his sister, Zoey might have had a lot to do with that. Zoey is just a little over four years younger than Lucas, but since she could walk earlier, she inspired him…and she helped him along. Sh has never been the kind of sister to push Lucas away. She loves him with all her heart. When they are in the playpen, they love to wrestle, and that is good exercise too, so I’m sure it has helped to make Lucas stronger. From what their mom, Cassie has told me, it’s quite a sight. It makes her and their dad, Chris laugh. The kids have a great time too. 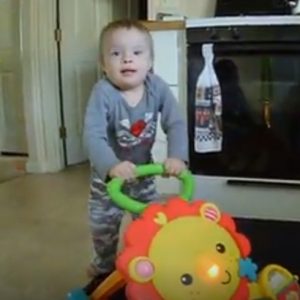 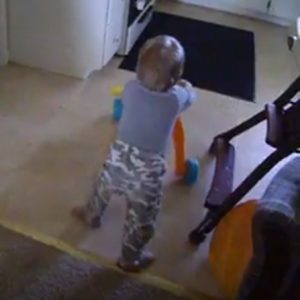 Like most kids, Lucas live to watch television and movies. His favorite movie right now is Moana. Now if you’re like me, you might have to look that movie up to see what it is all about. Well, it’s an adventure movie about a teenager who sets out to save her people. Lucas likes that sort of thing. He also likes reading his cardboard books and coloring. I’m sure he’s quite an artist. Lucas is growing into quite a big boy, and it s all because he’s no quitter!! Today is Lucas’ 6th birthday!! Happy birthday sweet Lucas!! Have a great day!! We love you!!