An Unforgettable Act Of Kindness 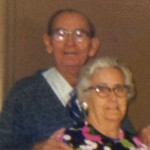 In July of 1976, Bob and I made plans to take a trip to Yakima, Washington to visit his great grandparents. My grandparents wanted to make a trip to Cascade, Idaho to visit some family there. Bob and I decided to take them to Cascade, and another family member was going to pick them up and bring them home when they were ready. My grandfather was 83 years old at the time. He would live 4 more years before he went home to be with the Lord. My grandmother was 67 years old at that time. She would live 12 more years before she went home to be with the Lord.

While he was 83 years old, my grandfather was still pretty sharp, but there were things that worried him some. My mom told me to just do our best to put him at ease if he got nervous about any of the trip. This trip was interesting to say the least. We were in my 1968 Plymouth Fury III, and while it could comfortably seat 4 adults and two children, it was…well, snug. We had a car seat in the center front and a car seat in the center back. I know that you aren’t supposed to have a car seat in front, but there was no such law or requirement in 1976. My grandparents just took it all in stride, and the girls were very good, so while it was a bit tight, it was a wonderful trip.

The trip was going quite smoothly, and we were all enjoying ourselves. My grandparents proved to be very pleasant traveling companions. Most of the trip went uneventfully, but there were several occasions when my grandfather thought we might be on the wrong road. Bob was so kind to him. He would pull over, and get out the map. He would show my grandfather where we were on the map, where we were going, and the road we would take to get there. Grandpa would immediately feel more relaxed, and the trip would continue. This happened several times, but Bob always handled each event with kindness and compassion. Grandpa was also worried at one point about whether or not we needed chains for the tires, but Bob again put his concerns to rest, and our trip turned out beautifully all the way to Cascade, Idaho where we dropped them off and continued on to Yakima, Washington. 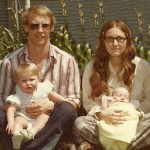 About 4 years later, my grandfather was in the hospital…his last time in the hospital before he passed away. Bob and I went up to visit him. It was a pleasant enough visit, under the circumstances, but the thing about that visit that I will never forget is that while my grandfather’s memory was going, and he really thought I was the nurse, he knew exactly who Bob was. They talked about that trip to Cascade, Idaho, and I could tell that while it seemed like such a little thing to Bob to ease my grandfather’s worried mind, it had meant much more to my grandfather. It was an unforgettable act of kindness.