The Atrocities of Unit 731 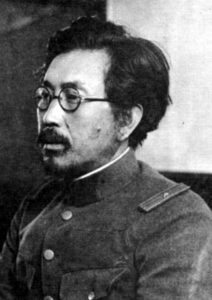 When we think of wartime atrocities, most of us think of the Holocaust, and that was indeed a horrible atrocity. Nevertheless, there have been a number of horrible dictators in history, and most of them committed some kind of atrocity. One of the worst atrocities in history, is one that very few people even know about. Most people have heard about the horrible experiments the Nazis performed on humans. The Nazi doctor, Joseph Mengele headed up that torture practice. But the Nazis weren’t alone in conducting cruel experiments on humans. The Imperial Japanese Army’s Unit 731. Some of the details of this unit’s activities are still uncovered. I don’t understand how anyone could have such little regard for human life, as to conduct some of the horrible experiments n them that some of these dictators and their cohorts did.

For 40 years, the horrific activities of “Unit 731” remained one the most closely guarded secrets of World War II. It was not until 1984 that Japan acknowledged what it had done and long denied. The vile experiments on humans conducted by the unit in preparation for germ warfare were atrocious. The Japanese doctors deliberately infected people with plague, anthrax, cholera and other pathogens. It is estimated that as many as 3,000 enemy soldiers and civilians were used as guinea pigs. Some of the more horrific experiments included surgery without anesthesia to see how the human body handled pain, and pressure chambers to see how much pressure a human could take before his eyes popped out.

The compound for Unit 731 was set up in 1938 in Japanese-occupied China with the aim of developing biological weapons. It also operated a secret research and experimental school in Shinjuku, central Tokyo. Its 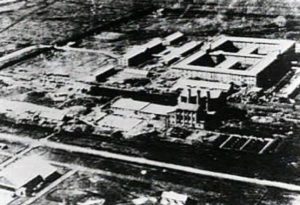 head was Lieutenant Shiro Ishii. Japanese universities and medical schools also supported the unit, by supplying doctors and research staff. I can’t imagine being assigned to such a facility. The picture now emerging about Unit 731’s activities is horrifying. According to reports, which were never officially admitted by the Japanese authorities, the unit used thousands of Chinese and other Asian civilians and wartime prisoners as human guinea pigs to breed and develop killer diseases. Many of the prisoners, who were murdered in the name of research, were used in hideous vivisection and other medical experiments, including barbaric trials to determine the effect of frostbite on the human body. To ease the conscience of those involved, if that is even possible, the prisoners were referred to not as people or patients, but as “Maruta”, which means wooden logs. I suppose they thought it would help, but I doubt if it did.

Before Japan’s surrender, the site of the experiments was completely destroyed, so that no evidence is left. I don’t suppose we would have known anything had it not been for the pictures that have surfaced, and people who have told the story later. After the site was destroyed, the remaining 400 prisoners were shot and the employees of the unit had to swear secrecy, or risk their own death. The mice kept in the laboratory were then 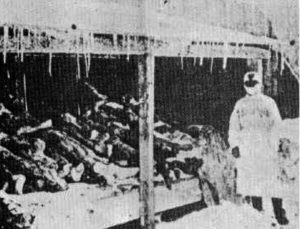 released, which most likely cost the lives of as many as 30,000 people, because the mice were infected with the Bubonic Plague, and they spread the disease. Few of those involved with Unit 731 have admitted their guilt. Some were caught in China at the end of the war, were arrested and detained, but only a handful of them were prosecuted for war crimes. In Japan, not one was brought to justice. In a secret deal, the post-war American administration gave them immunity for prosecution in return for details of their experiments. Some of the worst criminals, including Hisato Yoshimura, who was in charge of the frostbite experiments, went on to occupy key medical and other posts in public and private sectors…their guilty feelings, if they had any, existed only in their own minds.

A Lack Of Cats 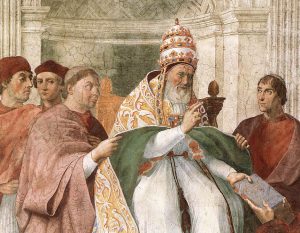 Sometimes, people can associate certain things with certain religions, and even Satanism. They can then make decisions on life based on what they perceive something to be. Unfortunately, sometimes those decisions end up being disastrous. Such was the case with Pope George IX, who decided that cats where a part of devil worship, and so ruled that cats should be exterminated. Cats throughout Europe were exterminated in droves immediately thereafter. Of course, we know that while some religions might use certain animals in their religious practices, that does not make the animal evil…but rather, the animal is a victim of that religion, much like people in certain religions use snakes as a part of worship.

After the cats were removed from Europe, an unexpected and horrific side effect occurred. The sudden lack of cats led to the spread of disease because infected rats ran free. The most devastating of these diseases, the Bubonic Plague, killed 100 million people. Pope Gregory lived from 1145 to 1241, AD, so little was known about how disease was passed. He was born Ugolino di Conti but took the name Gregory when he became the pope. That was when Ugolino was over 80 years old, not a young age to take on the papal role.

The cat fiasco is just one part of Pope Gregory IX’s story. He is mostly known for issuing the Decretals and starting the Papal Inquisition. The Decretals reorganized the whole library of Catholic laws. The papal inquisition rained down justice on heretics, the people who spoke out against the church. It was Gregory’s past 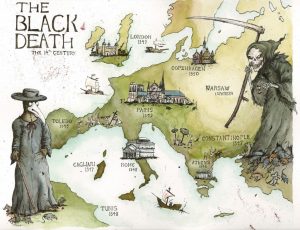 as a lawyer that connected him to his acts of justice within the church. It was his distaste for cats that penned the Vox in Rama (the papal decree – this one about the cats). That was the first church document condemning black cats as instruments of satan. By Gregory’s decree, there was a target on the head of every black cat. The Black Death or Black Plague was the original zombie apocalypse. People living during this time lived in constant fear of death. Many believed this was the end of the human race, and that is understandable. It was one of the most deadly pandemics in history. By rough estimates, as many as 200 million people died. If you survived, you lost many loved ones, and in Europe, it was all because of a lack of cats.