batle of the bulge 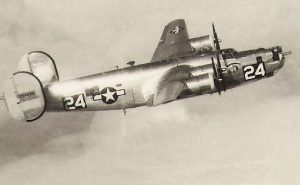 It was during the Battle of the Bulge in World War II, that a B-24J plane that had been dubbed the Tulsamerican went down in the waters off of Croatia on December 17, 1944. Piloted by Army Air Forces 1st Lieutenant Eugene P. Ford, the Tulsamerican carried a crew of nine servicemen. The Tulsamerican was the lead aircraft in a group of six B-24s from the squadron to participate in a combat bombing mission targeting oil refineries at Odertal, Germany. Ford was a member of the 765th Bombardment Squadron, 461st Bombardment Group, 15th Air Force.

During a bombing run on December 17, 1944, the Tulsamerican was badly damaged. Ford and his crew, aboard the Tulsamerican were assigned to be the lead aircraft in a group of six B-24s from the squadron participating in a combat bombing mission targeting oil refineries at Odertal, Germany. As they came out of a cloud bank near the target, the squadron was attacked by more than 40 German Me-109 and FW-190 fighters. The unit suffered heavy losses. Three of their six aircraft were shot down and the other three damaged.

The Tulsamerican suffered heavy damage, and they knew they would not make it back to base. The only option 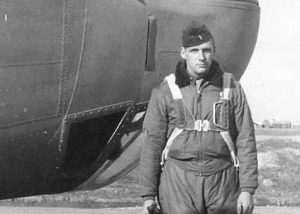 for a possible forced landing was the Isle of Vis in the Adriatic Sea in what is now Croatia. Landing a B-24J on the Isle of Vis was next to impossible, but Ford knew he had to try. Unfortunately, they couldn’t quite make it to the Isle of Vis, and ended up crashing into the Adriatic Sea. Seven of Ford’s crewmembers survived and were rescued, but three, including Ford, were killed in the crash, and their bodies were unable to be recovered.

As most of us know, military men and women do not like to leave a man behind. Nevertheless, at the time, they were unable to recover the three missing men, and they were officially listed as MIA. Ford left behind an infant daughter and his 21-year-old widow, Marian McMillen Ford, who was pregnant with their son, Richard Stanton Ford. For years it seemed that Ford would never be recovered and laid to rest, but in July of 2017, his remains and his gold wedding band were recovered during a 19 day international scientific mission. Through DNA testing at the Defense POW/MIA Accounting Agency’s forensic anthropology lab in Hawaii, Ford’s remains were finally identified, and his family had closure. 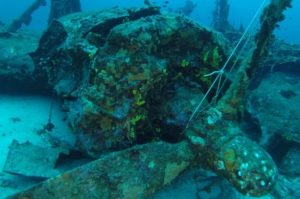 It was decided that ford would be buried in Arlington Cemetery. Ford’s only surviving child, 74 year-old Norma Ford Beard, traveled from her home near Indianapolis to attend the ceremony. She said her brother, Richard, who retired from the Navy after 20 years with two tours of duty in Vietnam, developed a keen interest in his father’s fate before he died in 2008. “He asked me if they ever found our father that I would see that he be buried at Arlington. I promised him that,” Beard said. Now Ford is buried next to the son he never got to meet. A very fitting place, if you ask me. Two honorable men laid to rest side by side…finally.