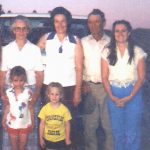 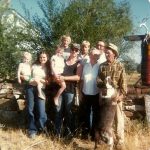 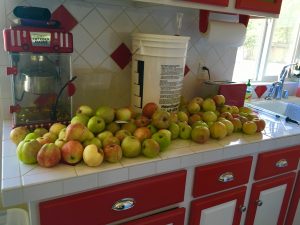 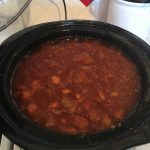 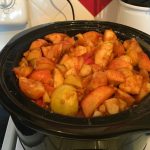 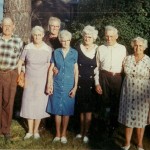 My mom had relatives who lived in Cascade, Idaho, and I remember going up there for visits as a child. The area is beautiful, and their home were practically right up in the mountains. The trees were pine trees, and the air was fragrant and cool, even in the summertime. We had a wonderful time every time we visited. It was almost like camping out, even though we weren’t. These were my mom’s aunts and uncles, her mother’s family, and they were wonderful people.

There were enough people in our family that it was not possible for us to stay at the same house, so we split up, which was fun in itself. I got to feel like I was at summer camp…sort of. I always stayed at Uncle Austin and Aunt Abby’s house, and they had this cool little day bed at the top of the stairs that I got to sleep in. It was a little scary at first, when the lights were turned out, but I got used to it, and then it was fine. I will never forget that bed. It was so strange to have a bed at the top of a stairway.

I’m not sure where everyone else slept, but I do know that Cheryl got to stay at Aunt Ada’s house. I wish I could tell you more about how things were over there, but I don’t remember. Chery and I were talking about this the other night, and she reminded me of the apple butter my aunt made. I do remember that, now that she reminds me of it. It was wonderful…in fact, as I recall, all the food was wonderful. There is just something about eating your food in a mountain area, that made everything taste better. Cheryl reminded me about the Apple Butter…oh yes, it was the best I have ever tasted. In fact, I think it was the first Apple Butter I had ever tasted. I suppose that is why it was so good.

In fact, just about everything about being up there in Cascade, Idaho was great. The small town in the mountains that was so big in my past that I can still see it in my imagination. The cousins, and the fun, the food, and so much more. Just a very special time.