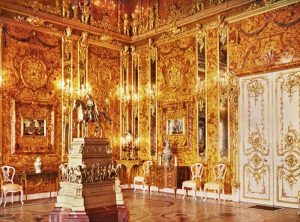 In the Soviet Union’s Catherine Palace, located near Saint Petersburg, is rumored to have been a beautiful chamber decorated in amber panels backed with gold leaf and mirrors. The elaborately designed hall was a gift to Peter the Great from Germany. Constructed in the 18th century in Prussia, the room was dismantled and eventually disappeared during World War II. In the days before World War II started, Hitler had worked an “alliance agreement” with Stalin. Hitler really had no intention of keeping the agreement, but rather wanted to take control of Poland without Soviet interference. That didn’t make the Soviet Union safe either. When Germany made their move, the Soviets did not have enough time to prepare.

It was 1941, when the Germans advanced. The job of removing the panels to safety would take time…time they didn’t have. The panels were quickly taken by the Germans and transported to Konigsberg, East Prussia. They were confiscating anything of value. Initially, the Amber Room was placed on public display at the Konigsberg Castle, but was hidden in anticipation of the 1945 Soviet advance. Before its loss, it was considered an “Eighth Wonder of the World.” 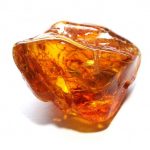 In 1701, the Amber Room was intended for the Charlottenburg Palace, in Berlin, Prussia, but was eventually installed at the Berlin City Palace. Designed by German baroque sculptor Andreas Schlüter and Danish amber craftsman Gottfried Wolfram, who worked on the room until 1707, at which time the work was continued by amber masters Gottfried Turau and Ernst Schacht from Danzig (Gdansk). The masterpiece remained in Berlin until 1716, when it was given by the Prussian King Frederick William I to his ally Tsar Peter the Great of the Russian Empire. In Russia, the beautiful room was installed in the Catherine Palace. In the castle, the room was further expanded and several renovations where performed, making it an even more stunning chamber than it had been before. In the end, it covered more than 590 square feet and contained over 13,000 pounds of amber.

When the Army Group North of Nazi Germany took possession of the Amber Room during World War II, it was taken to Königsberg for reconstruction and display. Like many stolen treasures, the Germans hid the Amber Rooms panels, and its eventual fate and current whereabouts, if it has survived, remain a mystery. While most 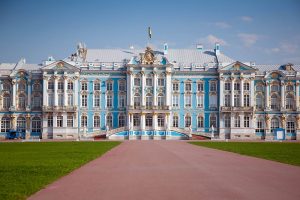 experts believed it was obliterated during the intense shelling that destroyed the Konigsberg Castle, I don’t believe that is true, because surely some evidence of that much amber would have been found after a bombing, but none was ever found at the site.