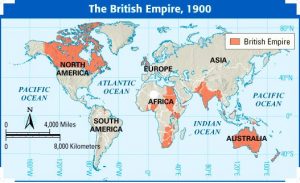 World wars are a complicated matter. There are multiple enemies, multiple allies, and the lines are not necessarily very clear. The one thing that always seems to be a constant, however, is territory. Imperialism…when a country takes over new lands or countries and makes them subject to their rule, played a big roll in World War I, as did industrialism. By 1900, any territorial gain by one power meant the loss of territory by another, and for Britain, the strongest of all the empires, that was a problem. Britain’s colonial territory was over 100 times the size of its own territory at home, thus giving rise to the phrase “the sun never sets on the British empire.” At this same time, France had control of large areas of Africa. With the rise of industrialism countries needed new markets. The amount of lands owned by Britain and France increased the rivalry with Germany who had entered the scramble to acquire colonies late and only had small areas of Africa.

During this time Germany became concerned that Russia might try to take over their nation, so they signed a 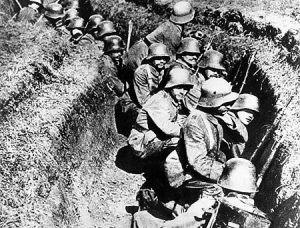 treaty with Austria-Hungary to protect each other from Russia. The Dual Alliance was created by treaty on October 7, 1879 as part of Bismarck’s system of alliances to prevent or limit war. The two powers promised each other support in case of attack by Russia. Also, each state promised benevolent neutrality to the other if one of them was attacked by another European power, most likely France. Germany’s Otto von Bismarck saw the alliance as a way to prevent the isolation of Germany and to preserve peace, as Russia would not wage war against both empires. Then in 1881, Austria-Hungary made an alliance with Serbia to stop Russia from gaining control of Serbia. Before long alliances were popping up everywhere. Germany and Austria-Hungary made an alliance with Italy in 1882 that was dubbed The Triple Alliance to stop Italy from taking sides with Russia. Then in 1894, Russia formed an alliance with France called the Franco-Russian Alliance, to protect Russia against Germany and Austria-Hungary.

Now at this point, I’m sure you feel as confused about all this as I did. To me, it seems like it would be very difficult to know who the enemy really was, and even if you knew, it was subject to change, depending on who they formed an alliance with. That is also why I was wondering why on June 16, 1918, the Battle of the Piave River was raging on the Italian front. Russia had bowed out of the war effort in early 1918, and Germany began 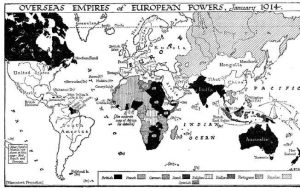 to pressure its ally, Austria-Hungary, to devote more resources to combating Italy. Wait…I thought Italy was their ally…apparently not so much. Specifically, the Germans wanted a major new offensive along the Piave River, located just a few kilometers from such important Italian urban centers as Venice, Padua and Verona. In addition to striking on the heels of Russia’s withdrawal, the offensive was intended as a follow-up to the spectacular success of the German-aided operations at Caporetto in the autumn of 1917. Wars really seem to be quite senseless, but when Imperialistic nations try to expand their territories, I guess, alliances can be made and broken quite easily.