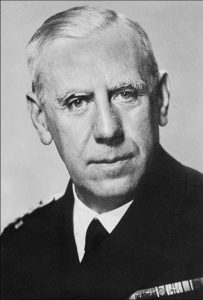 Wilhelm Canaris was born January 1, 1887, in Aplerbeck, Germany. The Germans celebrated him as a war hero during the First World War, for his many exploits as a submarine captain. Canaris later became a top military spy for Germany. He was appointed to head the Abwehr Military Intelligence in 1935. It seemed a fitting next step in a celebrated military officer’s career, but Canaris was not exactly what he seemed to be on the outside. I suppose that as a spy, that makes sense. Spies, by definition have to live life on the fringes, with few people really allowed to know the real man. Canaris had the added complication of being a double agent.

Canaris…the man behind the Nazi Abwehr spy network, was a shrewd, brilliant spymaster who managed to keep control of the Abwehr. He also outwitted Himmler at almost every turn, while joined with other high-ranking German officers in a dangerous plot to eliminate Hitler and make a separate peace with the Allies. I believe there were many German people, and military personnel who did not agree with Hitler, and some were brave enough to do something about it.

Admiral Wilhelm Canaris is the number one mystery man of the Nazi regime under Hitler to this day. Historians have argued his value for years. I’m sure many of them were convinced that he was actually working with the Nazis, instead of against them from the inside. Canaris stayed so tightly in his shell, probably a means of self-preservation, that he didn’t talk much, but was rather a great listener. Almost everybody who knew him didn’t really know exactly what his purpose and intentions were. The ability to be a good listener is a vital part of being a spy…as is the ability to keep your mouth shut about things. Rattling off too much information in a spy network, can get a spy killed.

Canaris, on the one hand, was the great protector of the German opposition against Hitler. On the other hand, he was the one who prepared all the big expansion plans for the acts and crimes of Hitler in the Third Reich. He had to protect and motivate the opposition members, all of whom were eager to fight against Hitler, and it had to appear that he was hunting them as conspirators. It was one of the many difficult contradictions Canaris was forced to live with to stay in control of the Abwehr. There were, of course, ugly sides to his job too. Canaris was an eye-witness to the killing of civilians in Poland. At Bedzin, SS troops pushed 200 Jews into a synagogue and then set it on fire. They all burned to death. Canaris was in shock. On September 10, 1939, he had to travel to the front to watch the German Army in action. This also gave him the opportunity to meet with his intelligence officers, who told him of insane massacres. Two days later, Canaris went to Hitler’s headquarters train…the Amerika, in Upper Silesia, to protest. He first saw General Wilhelm Keitel, Chief of the Armed Forces High Command. “I have information,” Canaris told Keitel, “that mass executions are being planned in Poland and that members of the Polish nobility and the clergy have been singled out for extermination.” He apparently had no idea of Hitler’s real plan for the “final solution.”

Canaris told Keitel, “The world will one day hold the Wehrmacht responsible for these methods since these things are taking place under its nose.” Keitel told Canaris to take the matter no further. I’m sure that Keitel made it clear that Canaris’ life depended on keeping his mouth shut about these things. Canaris did as he was told, or so the Nazis thought. Before long, however, the Vatican began to receive regular, detailed reports of Nazi atrocities in Poland. The information had been gathered by agents of the Abwehr by order of Canaris, who passed them on to Dr Josef Muller, who was a devout Catholic and a leading figure in the Catholic resistance to Hitler. Muller, in turn, got the reports safely to Rome. Canaris sent another of his colleagues, Pastor Dietrich Bonhoeffer, on a flight to Sweden to meet secretly with Bishop Bell of Chichester. Bonhoeffer told Bell of the crimes his nation was committing, and assured Bell of growing resistance in Germany to such acts. In March 1943, Canaris personally flew to Smolensk to plan Hitler’s assassination with conspirators on the staff of Army Group Center.

The efforts of Canaris were later made clear during the Nuremburg Trials, but it was too late for Canaris. He had made strenuous efforts in trying to put a stop to the crimes of war and genocide committed by Hitler. Admiral Canaris, along with his second-in-command, Hans Oster, actually helped the Allies while supervising all German espionage, counterespionage, and sabotage. He revealed almost all of the important German strategy and battle plans to the Allies. From Hitler’s impending western offensive against the Low countries and France to Hitler’s plan to invade Britain. Canaris also misled Hitler into believing that the Allies would not land at Anzio in 1943. The work Canaris was doing against became evident to Hitler only after the conspirators attempted to kill him in July 1944. Canaris and many others were arrested. The principal prisoners were confined at Gestapo cellars at Prinz Albrechtstrasse. Canaris was kept in solitary confinement, in chains. Canaris’ cell door was permanently open, and the light burned continually, day and night. He was given only one third of the normal prison rations. As winter set in, his starved body suffered cruelly from the cold. He was also humiliated by being forced to do menial jobs, such as scrubbing the prison floor, the SS men mocking him.

On February 7, 1945, Canaris was brought to the Flossenburg concentration camp. His treatment did not improve there. He was still treated badly, and often endured having his face slapped by the SS guards. Nevertheless, Canaris baffled the SS interrogators with one ruse after another, and he denied all personal complicity in the conspiracy. He never betrayed his fellow participants in the Resistance Movement. During the last weeks of the Nazi era, SS Obersturmbannführer Walter Huppenkothen and Sturmbannführer Otto Thorbeck were sent to Flossenburg to eliminate Canaris and the other resistance figures. A bogus “trial” was held, after which the men hung the victims. A few more days and the war would have been over, but in the gray morning hours of April 9, 1945, gallows were erected hastily in the courtyard for Wilhelm Canaris, Dietrich Bonhoeffer, Major General Hans Oster, Judge Advocate General Carl Sack, Captain Ludwig Gehre. The men were ordered to remove their clothing and were led down the steps under the trees to the secluded place of execution before hooting SS guards. Naked under the scaffold, they were allowed to pray one last time, then they were hanged, and their corpses left to rot. Two weeks later, on April 23, 1945, the camp was liberated by American troops. 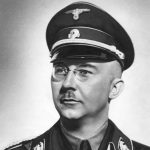 Admiral Wilhelm Canaris was a true hero, in the face of unbelievable odds. I’m sure he know that he would get caught at some point, and I’m equally sure that he knew he would be killed, when he was caught. Nevertheless, he said of his actions, “I die for my fatherland. I have a clear conscience. I only did my duty to my country when I tried to oppose the criminal folly of Hitler.” He knew that his death was worth fighting the evil that was the Third Reich. I only wish that he had survived so that he could have been properly honored.