A New Accent Is Born 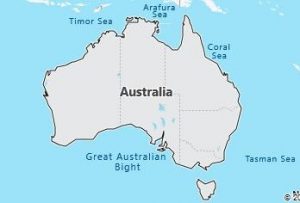 Recently, while listening to an Audible book that was read by the author, from Australia, I began to wonder about his accent, or rather how accents were developed. He had a traditional Australian accent, but I knew from history that Australia was originally part of England, in fact it was their prison island. So, why didn’t the Australians speak with an English accent? I suppose that they did, originally, but after years of living far away from their homeland, the language evolved. Languages tend to do that, even today. people come up with new slang words, and say words in funny ways, then after a while it just sounds better to them the new way. Some people, like the prisoners, might not want to sound anything like the country they came from. For that reason, or for any reason that you would work at gaining or losing as accent, the person tries not to sound like they did with their old accent, working toward their new accent, until it feels natural. Then, the children learn to speak by listening to their parents, and a new accent is born. 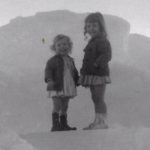 As a child, I moved from my birthplace in Superior, Wisconsin, where my Uncle Bill’s family lived, to Casper, Wyoming, where my mom’s family lived. As the years went by, unbeknownst to us, my sister, Cheryl and I began to lose our accent. I didn’t even know we had an accent. Of course, when the change was pointed out to us, that we had an accent, we were shocked. We thought our Wisconsin cousins had an accent. Of course, we both did. Theirs was a Midwestern accent, and ours was a Western accent. It’s really strange to consider that the United States has basically four, and maybe five different accents. Somehow, I didn’t think of my own accent as being an accent, until my cousin mentioned it. I think we all recognize a Southern accent, but some of the others are a little bit more subtle, except maybe the Eastern accent. When about sounds like aboot, and Boston sounds like Baston, it isn’t something that is easily missed. It stands out as much as the Southern y’all 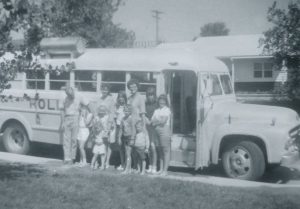 that we are all so fond of.

Language is ever evolving. We have created new words for things we didn’t have before, or slang words for things we have always had. We have made up words just to be funny, and somehow they new words stuck, and even got added to the dictionary at some point. Words that were unacceptable grammar in times past, suddenly are acceptable. The way we talk compared to the way of just one or two generations ago, can be enough different that if we saw them side by side, we would almost never know that the two dialects started out as one.