Time To Do It Again 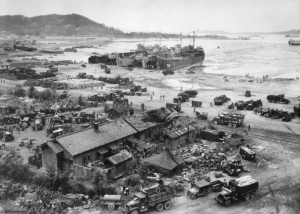 The Korean War began on June 25, 1950, when 90,000 North Korean troops, under orders from Kim Song-Ju, stormed across the 38th parallel, catching the Republic of Korea’s forces completely off guard and throwing them into a hasty southern retreat. Two days later, United States President Harry Truman announced that the United States would intervene in the conflict, and on June 28 the United Nations approved the use of force against communist North Korea. On June 30, Truman agreed to send United States ground forces to Korea, and on July 7 the Security Council recommended that all United Nations forces sent to Korea be put under United States command. The next day, General Douglas MacArthur was named commander of all United Nations forces in Korea. North Korea’s evil dictator wanted to rule the whole nation, and he wouldn’t have stopped there. He had to be stopped. The war would go on for three long years, finally ending on July 27, 1953. The Korean War was memorialized in the minds of most people with the war series, MASH, which ran far longer than the war itself. Of course, it was a semi-fictional show about a Mobile Army Surgical Hospital in which the men and women did everything they could to put the injured soldiers back together after the ravages of battle, all the while, hating that they would go back to battle. 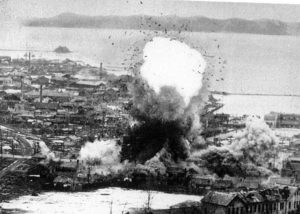 Now, we have another rogue dictator of North Korea, namely Kim Jong-un, who has developed a number of bombs, and doesn’t mind shooting them off as a warning to the rest of the world that not only is he crazy, but he is armed and crazy. Kim Jong-un lobs missiles over Japan on a regular basis, and has threatened Guam as well. Unfortunately, because of soft “leadership” on the part of President Obama, Kim Jong-un was allowed to proceed with his evil plans relatively unchecked, and now, he is an out of control leader who honestly thinks that he can control the world, and doesn’t care who he kills.

Now, we are in a position of trying to figure out how to stop Kim Jong-un. I don’t presume to know the answer to this dilemma, nor would I want to be in the shoes of those who will have to do something, because I don’t believe that this problem is going to be easily solved. I do know that something is going to have to be done. 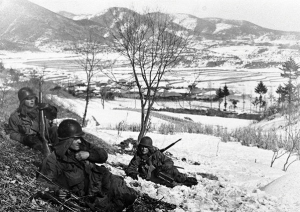 When a dictator is willing to launch a nuclear bomb, they clearly do not care about life. All they care about is ruling the world. They don’t care about freedom, the lives of their own people or even the future of mankind. That makes them…insane, in my book. So, while I would not want to be in President Trump’s shoes concerning North Korea, I will support his decisions concerning military action, because I believe that he has the best interests of the United States and the world at heart, and I also do not believe that sanctions will work…now or ever. While I don’t think that war against North Korea would be easy, I also know that we can’t just sit idly by and let Kim Jong-un continue his rampage. It just might be time to do it again where North Korea is concerned.