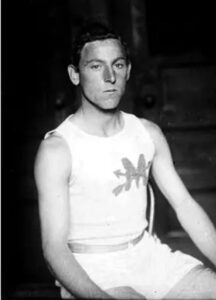 The Olympics…the dream of every serious athlete. While most of us will never get there, but many of us love to watch the best of the best athletes vie for the world title of Olympic Gold. These athletes would do just about anything to win. The men’s marathon in the 1904 Olympic Games was no exception.

This race might have been the strangest race in history…going forward or backward. Only a few of the runners had any experience in running a race…much less a marathon, and the others were…well, “oddities” to say the least. That marathon was more of a comedy show than a serious race. The runners consisted of ten Greeks who had never run a marathon. Two of these belonged to the Tsuana tribe of South Africa and arrived barefoot to the race, and one competitor was a Cuban mailman who wore street clothing to the race. These days, they would almost be laughed off the track. I can just hear the shocked voices throughout the crowd at that race. 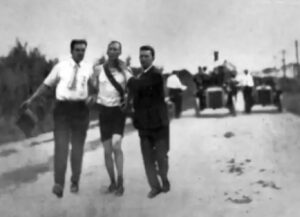 If you thought the apparel was odd…well hold on to your horses, because the “level of strange” is just getting started. The first to complete the race was American runner named Fred Lorz. Apparently, Lorz had dropped out of the race after nine miles and then hitch-hiked in a car. When the car broke down at the 19th mile, he jogged to the finish line. He was disqualified and banned from the competition for life. Sounds fair to me. The second to arrive, and the champion with Lorz disqualification, was Thomas Hicks. Ten miles from the finish line, he had almost given up, but his trainers urged him to continue. Still, it was an enormous struggle. He was given several doses of strychnine, a common rat poison, to help get him to the end of the race…WHAT!! When he reached the stadium, his trainers and supporters carried him to the finish line! It’s a wonder their “energy

boost” didn’t kill him!! Even though he got the gold medal that time, he never ran professionally again. A Cuban postman named Andarín Carvajal, ran the race in street clothes. To top it off, he had not eaten in 40 hours. Before a race!! Are you kidding me!! He got hungry and took a detour into an apple orchard during the race. He ate some rotten apples that gave him stomach cramps. Despite falling ill, he managed to finish in the fourth place!! Where were all the other racers, while he was taking his dinner break? If you ask me, this had to be the strangest marathon ever. It was almost like they were making it up as they went along.