The Promise Of The Future 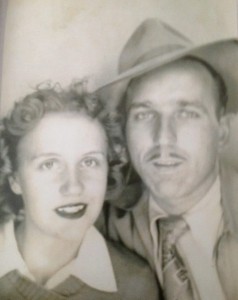 Sometimes, when I look at the younger versions of my parents’ pictures, I find that I can see the promise of the future in their eyes. Their young faces reflect the plans they have in mind for where they are going, and how their lives will play out. Some of those plans will come to fruition, and others will not…or maybe those that didn’t, were later deemed not important. Plans and dreams change as time goes on. I suppose that no one really knows how they want every part of their life to go, but as a young married couple, most people have definite ideas of what direction they expect their lives to go.

I wish I had thought to ask my parents about the plans and dreams that were dropped from sight, if they had any regrets, and if they feel like their life is better or worse due to the changed plans and dreams. I don’t really think my parents would have felt that their lives were worse for not having fulfilled some of the dreams they had as young people, but it’s hard to say for sure. I know that there are some times that I look back on a few things I had planned, and wonder if I would have been happier if I had done those things. Of course, after that moment, I look at the life I have and I think, “No, I wouldn’t have it any other way.” Even the sad things, are the way they should be. 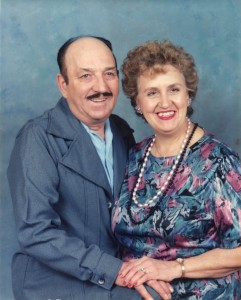 Young couples tend to have lofty goals and big dreams, and then life gets in the way. There isn’t always time to do some of the things you thought you would. I suppose that is often because the dreams of your children come first, and you always think that you will do those other things later on…when the kids are grown up. Of course, then the grandchildren come on the scene. Before you know it, the plans and dreams you had are so far from your mind that you barely think about them anymore. I suppose you could think of them with regret then, but I don’t think most of us do, because there is always the promise of the future. As long as we are alive, we have the option to dream new dreams, or fulfill the old ones. Life is filled with possibilities, even if some of them seem to be out of reach for now. With the promise of the future comes the reality that the possibilities are endless, if we don’t give up, or change our minds.