My Love Of Words 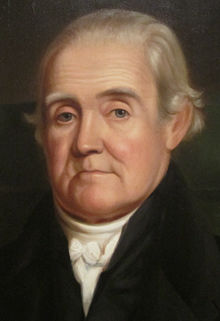 I don’t think that we spend very much time considering the importance of words in our lives, and yet, they are a vital part of our lives. Whether we speak the words, sign the words, write the words, or type the words, words are a vital part of communication. We are isolated without them, and we are indeed, isolated when we don’t understand them or know their meaning. When the United States was first formed…a melting pot of people from different countries…all with different languages. Communication under those circumstances if difficult at best, and often impossible. People tend to stick to their own family and friends from their country, so they can talk to each other. Eventually, through trial and error, people began to learn the chosen language of the United States…English.

Still, there are many words, and if you don’t know their meaning, or don’t know how to spell them, communication again becomes stalled, and isolation sets in. I think that might have been what Noah Webster had in mind, when he decided to publish his American Dictionary of the English Language. Noah Webster was a Yale educated attorney who had a huge interest language and education. He decided that people needed a way to learn to speak better, to know the meanings of words, and to know how to spell them, so on this day in 1818, he published his first dictionary. His dictionary was unique in that it was one of the first lexicons to include distinctly American words. Over the years, it has had to be changed, simply because as new things are invented, there have to be words invented to describe them. That makes the dictionary an ever changing book that would need to be updated often.

Noah’s dictionary took more that two decades to complete, and in it were 10,000 “Americanisms”…words that 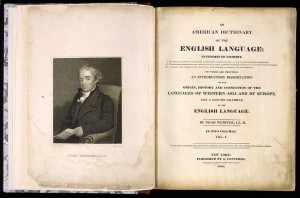 were unique to America. The dictionary standardized English spelling, a process that started as early as 1473, when printer William Caxton published the first book printed in English. The fact that dictionaries were printed so quickly and dictionaries were updated so often, resulted in increasingly standardized spellings by the mid 1800s. Coincidentally, Samuel Johnson’s Dictionary of the English Language was published almost exactly 63 years earlier, on April 15, 1755. Nevertheless, Webster’s dictionary quickly became the standard, and without it, the English language would not be the amazing language it is today. I never really gave much thought to language or words in general, until I began writing on a regular basis, and discovered my love of words.