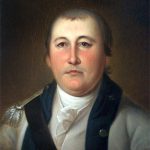 The Revolutionary War is an interesting war in many ways, because while they were limited in the weapons of warfare, they still managed to wage war in a very effective way. Especially in that approximately 12,000 men were killed in action, and the number of men who died from disease, was far more than that. About all the soldiers had to fight with were cannons, and rifles…of the most antiquated sort. Nevertheless, they did the job…most of the time. The biggest problems included a lack of ammunition, and the weight of the cannons.

The fighting was brutal, with wins and losses on both sides. After nearly a year of the backcountry conflict between Colonel William Washington, who was General George Washington’s second cousin once removed, and the British commander, Lieutenant Colonel Banastre Tarleton, who was infamous for Tarleton’s Quarter, the murder of colonial prisoners of war on May 29, 1780 at Waxhaws, Colonel Washington had retreated to North Carolina the previous October. Orders came from Brigadier General Daniel, commanding Washington to return to the South Carolina theater. Colonel Washington still lacked the proper artillery to properly fight off the Loyalists, who were under the command of Colonel Rowland Rugeley. 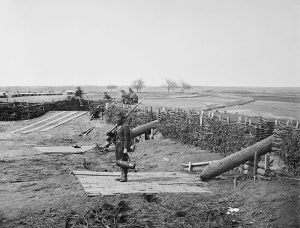 On this day, December 4, 1780, a force of Continental dragoons commanded by Colonel Washington cornered Colonel Rugeley and his followers in Rugeley’s house and barn near Camden, South Carolina. He told his cavalrymen to dismount and surround the barn. While out of Rugeley’s sight, Washington’s men fabricated a pine log to resemble a cannon. This was a Quaker gun trick, named so because the Quakers used it to be intimidating without breaching their pacifist vow of non-violence, and for Colonel William Washington and his men, it worked beautifully. Washington faced the log cannon toward the buildings in which the Loyalists had barricaded themselves and threatened bombardment, if they did not surrender. Shortly after that, Rugeley surrendered his entire force without a single shot being fired. It was an amazing use of strategy, illusion, and forethought on the part of Colonel Washington, and quite likely saved the lives of many of his men. 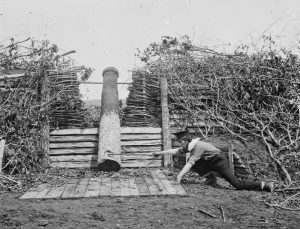 When Lord Charles Cornwallis, commander of the British armies in America, was informed of the pacifist victory, he told Tarleton that Rugeley’s performance ensured he would never rise to the rank of brigadier general. I suppose Cornwallis thought that Tarleton’s men weren’t properly trained. A few weeks later, Tarleton would himself face an even worse humiliation at the hands of General Daniel Morgan during the devastating Battle of Cowpens. The brutal civil war for the hearts and minds of the Carolina backcountry had finally begun to favor the Patriots. Of course, as we now know, the final outcome would be victory and independence for the American Patriots.