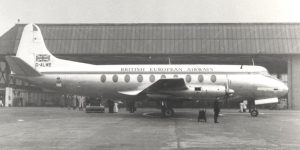 Periodically, problems occur with various planes, and they have to be addressed. In 1957, British European Airways flight 411, a Viscount 701 crashed at Manchester, killing 22 people. The plane came down on the edge of Manchester Ringway Airport very close to a housing estate on March 13, 1957. The Viscount 701 series was only four years old, and so a crash warranted a look at all the planes in the series. It was decided to pull about 25 jets while a special examination was carried out on the aircraft’s flap operating mechanism.

Not wanting to cause a panic, a statement was issued on behalf of British European Airways that said: “This is purely a precautionary measure and it is expected that the Viscount 701 fleet will be back in service in a few days. As a result of this decision a number of BEA’s services will be liable to delay or cancellation during the next few days.” While a British European Airways official denied that 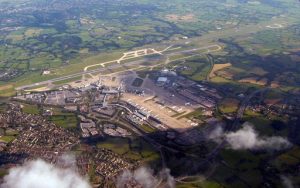 the 701s had been grounded, the public was still skeptical. Grounding is much more serious than simply looking into a problem. Grounding can cause a panic with the companies who have purchased a plane, because most automatically assume that it will be permanent. “Grounding implies an official instruction from the Ministry of Civil Aviation or Air Registration Board. But in this case the aircraft have only been withdrawn from service by agreement for a check to be carried out,” he said. They had to do something about this situation. Fifteen passengers and five crew were killed when a BEA Viscount crashed on March 13. Two people also died on the ground as the aircraft struck one of the houses.

The Viscount was making its final approach for landing when it veered and crashed into a field. The crash made

no sense at first. They had to find out why it happened. Eye-witnesses spotted engines from the aircraft in gardens, yards away from the wreckage…like they had fallen off. British European Airways Flight 411 was on approach to Manchester Airport after a flight from Amsterdam Schiphol International Airport when it crashed and hit a house in Wythenshawe. The investigation into the crash of Flight 411 found that the probable cause of the crash was metal fatigue in the bottom bolt securing the starboard wing number 2 flap unit. The aileron locked when number 2 flap unit became detached from the wing trailing edge.