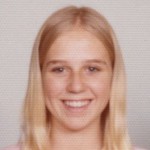 Today I went to my niece’s graduation party. There were a number of small children at the party, and a good time was had by all. In particular, there was a incident in which one of the small children, Zackary, was being held down, and tickled by two adults. As they gave him a moment to breathe, another niece, Jessi said to her boyfriend Jason, who was one of the adults tickling him, along with her sister Kellie, that when it came to tickling, you must show no mercy.

Well, that got me to thinking about another child, who was very ticklish…my sister, Caryl. She was always quite a giggly kid. She had a laugh that was infectious, but it was not her laugh that really got my sisters and me laughing…it was the tickle torture!!! Caryl was so ticklish that it is something none of us will ever forget. After performing the tickle torture on Caryl several times, we had given the attack that name. And the name was fitting, because it truly was torture for her, but we did it in the spirit of fun.

Caryl had to be one of the most ticklish people in the entire world, and she would scream and kick and laugh, but it was so funny that we just couldn’t get enough of the tickle torture. We would all get in on it. We held her down and tickled her until tears rolled down her face and she was begging us to stop. I suppose that was mean of us, but it was just so funny…and she did survive it, after all.

And because my sisters and I were, horribly mean, we would often descend on Caryl without warning. She would start begging us not to even before we got started. But, it wasn’t our fault, it was Caryl’s, because she was so funny…and we were, after all, just kids.

As I said, Caryl did survive our torture, and has grown into a wonderful woman. She became a Respiratory Therapist and works in the Cardiopulmonary Department at Memorial Hospital of Carbon County. She still has a great sense of humor and yes, she is still very ticklish. I like to think my sisters and I played a small part in the lovely woman she became, but I seriously doubt if she would say that the woman she became was due to the tickle torture.