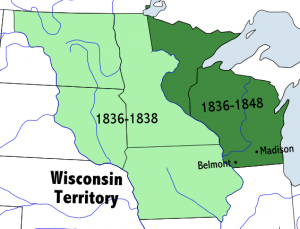 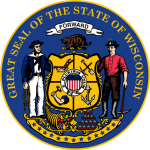 The Difference Ten Years Can Make 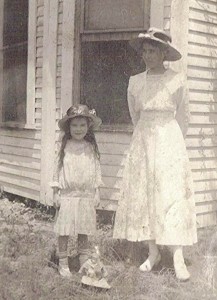 My Aunt Laura was born 10 years before the rest of her siblings, and so was an only child for those 10 years. I have often wondered about the historical changes that took place during those 10 years. She was born just a 4 months after the RMS Titanic sunk, and the world was still reeling from the devastating loss of life, and trying to figure out how to make sure such a tragedy never happened again. Travel by ship has changed immensely since that time, and a lot by 1922, when my Uncle Bill was born. No, that doesn’t mean that there are no ship wrecks, and that lives lost at sea have been reduced to zero, but the people on ships have a better chance of surviving, simply because the radios are never turned off. They are manned 24 hours a day, so that emergency calls can go out and be received. Had that been the case in 1912, the 1,502 lives lost might have been saved. No one was killed in the initial collision. A radio call could have changed everything, but the nearest ship…the SS Californian never heard the distress call, because the radio had been turned off for the night. The inadequate number of lifeboats on the RMS Titanic would have been enough to ferry all the passengers to safety, had the SS Californian heard the call. That loss changed much about ocean travel, and those changes took place during those 10 years when my Aunt Laura was an only child, and her younger siblings would not know a time without those safety regulations in place…not that they would affect them any.

In early 1912, just months before my Aunt Laura turned 2, New Mexico became the 47th state, on January 6, 1912, and Arizona became the 48th state, on February 14, 1912. Our nation would continue to have only 48 states until 1959, when on January 3rd, Alaska, and on August 21, Hawaii joined the Union. Aunt Laura probably didn’t remember a time when there were only 46 states, much like I, at 2 and then 3, don’t remember having only 48 states, but nevertheless, history tells us that we lived in a time when that was so. Aunt Laura’s siblings, like my own little sisters, except Caryl who lived when there were only 49 states for a few months, since she was 4 months old when Alaska became a state, lived in a time when there were more states than when their older siblings were born.

Just one week before my Aunt Laura’s 4th birthday, the United States would be drawn into World War I. The beginning of the war was probably something that didn’t make much difference to her, but by it’s official end, on November 11, 1918, she was old enough to know what it was all about, and may have even known someone who lost a loved one in the fighting. World War I was just another piece of history by the time my aunt’s younger siblings were born, and I’m sure hearing about it through the years had little effect on them, unlike their 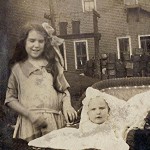 older sister. World War II would be a very different matter for the younger siblings, as they would all be involved in that war in one way or another.

There were many things that my Aunt Laura experienced, that her younger siblings did not. Much of it was without her having any real knowledge of it, but looking back, she would always know it was so. Just like I find it very odd to know that during my lifetime, ships have sunk, wars have been fought, and states have been added to make us the 50 United States that we know today, I’m sure she sometimes marveled at the difference ten years can make.