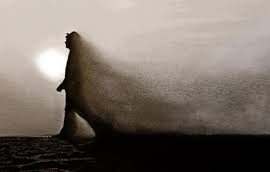 Many people have disappeared over the years…some were kidnapped and likely murdered, some were lost on a trip and no one knew where they ended up. Some even fell into a sinkhole or crevasse on a glacier, but while many of these were seen by someone one last time, none that I have ever heard of simply vanished into thin air in front of witnesses…at least not until I read about Orion Williamson.

Orion Williamson was a farmer who lived with his wife and son in his farmhouse in Selma, Alabama in 1854. One sunny July afternoon, he was sitting on his front porch with his family. His neighbors, Armour Wren and his son, James were passing by. Orion stood up to move his grazing horses to the shade. He briefly stopped to pick up a small stick, which he absently swished back and forth as he walked in the ankle-deep grass. Orion waved to his neighbors, took one more step, and vanished into thin air. Had one witness seen this event, it could be easily disputed as a way to explain a man who had abandoned his family, but four witnesses…well, that was much harder to dispute.

Hardly able to believe their eyes, the Williamsons and the Wrens ran to the spot Orion disappeared in and searched for any sign of him. They found none. Most of the grass in the spot was gone too. There was no hole that he could have fallen into, no cliff he could have fallen down, and no burned area that might have suggested spontaneous combustion…just thin air, and missing grass. After hours of futile searching, Orion’s shocked family and neighbors went for help. A search party of three hundred men was formed, and they carefully and repeatedly combed every inch of the field. Later, bloodhounds joined the search. No sign of Orion materialized, even though the effort continued well into the night.

As news of the inexplicable vanishment spread, more volunteers and a team of geologists arrived. They dug up the field, looking for signs of instability. They reached solid rock a few feet below the surface. No holes, crevices, or cave-ins, nothing that could explain the event. Mrs Williamson and her son reported that they could hear Orion’s voice calling for help for weeks afterwards, ever growing fainter and fainter. Each time they would rush out onto the field, only to find nothing. Gradually, Orion’s voice faded into a mere whisper, then disappeared forever. It was almost as if he had moved into an alternate dimension, like a time warp or something. After massive searching turned up no signs of Williamson, the judge declared Orion dead. The following spring, it is said, a circle of dead grass appeared to mark the spot of the unlucky farmer’s disappearance.

The German scientist, Maximilian Hern, author of the book Disappearance and Theory Thereof, speculated that Orion walked into a spot of “universal ether,” because he believed these places lasted a few seconds and could completely destroy all matter within them. Still, that does not explain his family hearing his voice, assuming it was not imagined. Another scientist theorized a magnetic field had disintegrated Orion’s atomic structure and 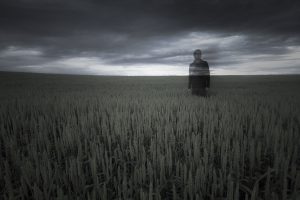 sent him into another dimension. That might explain the alternate dimension theory, because I would never buy into the theory that “goblins did it,” since I don’t believe in goblins.

Years later, a traveling salesman named McHatten rewrote the Williamson disappearance. In his version of the story, Orion’s name became David Lang, the place changed to Gallatin and the date was moved to 1880. Even though the Lang story was a fictional account, apart from the basic facts, Newspapers began to present it as truth in newspaper articles and books…by authors who didn’t do their homework anyway. Consequently, the fictional story is better known than the real vanishment behind it.