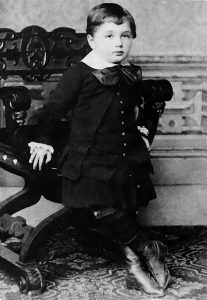 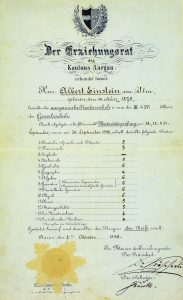 Of the great minds that have lived, I think I like Albert Einstein the best. I suppose some people would disagree with me, but each person relates differently to people, than other people do. I wish I could have met Einstein, because I think we think a lot alike. Of course, I don’t claim to have anywhere near the level of IQ that he had, but I do see some similarities in how we think. We both had the tendency to think that if something can be written down, or in my case stored in my iPhone, then I don’t need to store it in my mind too.

For Einstein, who was a genius, not storing information in his head became a bit of a problem once, when he misplaced the train ticket he had just purchased. When the conductor came by to take his ticket, a frantic Einstein searched unsuccessfully for his ticket. Seeing that he was obviously very upset by this occurrence, the conductor told him, “It’s alright, Mr Einstein, I saw you buy your ticket.” Einstein, still highly upset, said, “It may be alright with you, but if I don’t find my ticket, I don’t know where to get off!” That must have shocked the conductor, because he knew that Albert Einstein rode the same train to and from work every day. Of course, many things are different these days, and I don’t ride a train, plus I’m quite good at navigation, so I don’t see myself not knowing where to get off or to turn, in my case, but it was a real problem to Albert Einstein. It was also an incident that I found amusing, given the mind this man had. Einstein is said to have had an IQ of between 160 and 190, and while I have not been tested, I am quite sure that my IQ is not as high as Einstein’s was, by any stretch of the imagination.

I do know that Einstein had the ability to understand things that would boggle the minds of most people. “Einstein showed that absolute time had to be replaced by a new absolute: the speed of light. Einstein went against the grain and totally dismissed the “Old Physics.” He envisioned a world where space and time are 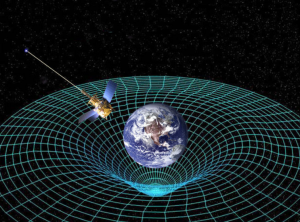 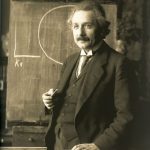 relative and the speed of light is absolute. Prior to that time, it was believed that space and time were absolute and the speed of light was relative. In 1921, Albert Einstein was awarded the Nobel Prize in Physics “for his services to theoretical physics and especially for his discovery of the law of the photoelectric effect”. In 1925, he was awarded the Copley Medal by the Royal Society, which is perhaps the oldest surviving scientific award in the world. Einstein’s mind was so interesting to me, but to him, it was just normal.