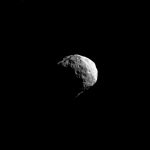 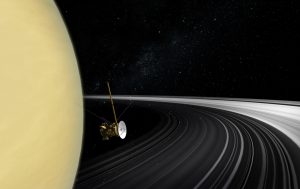 When we think of space exploration, I think most of us think about the moon or the International Space Station, but NASA has really done more exploring of other areas that it has of the moon. One such mission was NASA’s Cassini spacecraft, and the Huygens probe. Cassini launched in 1997, along with ESA’s Huygens probe. It was a joint endeavor of NASA, the European Space Agency, or ESA, and the Italian Space Agency. For six months in 2000, the spacecraft contributed to studies of Jupiter, before continuing on to its destination…Saturn, on June 30, 2004 and starting a string of flybys of Saturn’s moons. The Huygens probe was released later that year on Saturn’s moon Titan to conduct a study of the moon’s atmosphere and surface composition. In its second extended mission, Cassini made the first observations of a complete seasonal period for Saturn and its moons, flew between the rings and descended into the planet’s atmosphere.

Upon arrival at Saturn, Cassini-Huygens began its mission by doing several flybys of Saturn’s moons. Saturn has at least 150 moons and moonlets in total, though only 62 have confirmed orbits and only 53 have been given official names. Every year, it seems, more moons are discovered. Most of the moons are small, icy bodies that probably broke off of Saturn’s impressive ring system. In fact, 34 of the moons that have been named are less than 7 miles in diameter while another 14 are 7 to 31 miles in diameter. However, some of its inner and outer moons are among the largest and most dramatic in the Solar System, measuring between 155 and 3106 miles in diameter and housing some of greatest mysteries in the Solar System. These moons aren’t all round, but rather have taken on several unusual and interesting shapes.

The rings of Saturn posed a particular problem if the Cassini was fly through them and descend into Saturn’s atmosphere. The rings of Saturn are the most extensive ring system of any planet in the Solar System. They consist of countless small particles, ranging in size from micrometers to meters, that orbit about Saturn. The ring particles are made almost entirely of water ice, with a trace component of rocky material. No one really 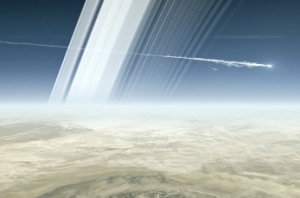 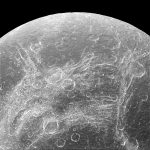 understands exactly how the rings are formed. Although theoretical models indicated that the rings were likely to have formed early in the Solar System’s history, new data from Cassini suggest they formed relatively late. That and several other things about Saturn are the reasons for its exploration. On September 15, 2017, twenty years after the Cassini-Huygens mission began, it was over, and Cassini began its Final Entry into Saturn’s Atmosphere…breaking up as it broke through.