Innocent, And Under Arrest 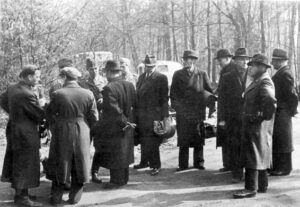 Being arrested is probably one of the scariest things that can happen to a person, especially when they have done nothing wrong. For most of us, that will never happen, but it could, if our government is corrupt and run by a dictator. Such was the case in Nazi Germany. After Hitler was elected, he began to dismantle the police department, filling it with men who were loyal to him. Then, he gave them unlimited authority to go after anyone who disagreed with his plan. These people were not guilty of any crime, they were simply on the wrong side of the political and spiritual agenda of the time.

The Nazis set out to control every aspect of the lives of the people now under their control…making them little more than servants. It was a very dehumanizing system, whether the people were Jewish, Christian, Agnostic, or Atheist. Even the people who were in Hitler’s “good graces,” knew that one false move would end life as they knew it, or even get them killed. The Third Reich was the final authority in all things…at least at the time. The people were even subject to Hitler’s rules in the privacy of their own homes. The neighbors, and even some of their family members, became spies for the Third Reich. Once a “violation” was reported by anyone, the “perpetrator” was arrested, commonly in the middle of the night, hauled away, and often, never seen again. The Nazi leadership dramatically redefined the role of the police, giving them broad powers, completely independent of judicial review, to search, arrest, and incarcerate real or perceived state enemies and others they considered criminals.

Once a person was arrested, the police could do anything they chose to them to get them to talk…confess to their crimes. The victims of the police taken to Gestapo Headquarters where they were raped, beaten, tortured, enslaved, starved, and often killed, with no repercussions against the police at all. Their actions were considered above the law. They could even do those things to the people on the street, who were not under arrest for anything. The Supreme Court of that day, failed to challenge or protest the loss of judicial authority at this time. In general, it approved of the Nazi leadership’s decisive action. Further, the Supreme Court had been the court of first instance for treason cases since the Imperial period but, by the 1930s, it was overburdened with such trials and had endured relentless criticism from all sides for the judgments it rendered. The court was ultimately relieved to have responsibility for political crimes removed from its jurisdiction. It was another way to remove power from it’s proper place, and put it in the hands of the police, and ultimately Hitler.

The Secret State Police, called the Gestapo, which investigated political opposition, and the Criminal Police, called the Kripo, which handled all other types of criminal activity, were the two civilian forms of law enforcement officers. In addition, Hitler had the SS or the SA, which also imposed public order, but were considered paramilitary forces. The Gestapo was often used “protective custody” (Schutzhaft) to incarcerate people indefinitely, without specific charge or trial. These people were deemed to be potentially dangerous to the security of the Reich. Protective custody had been introduced in the German general law code before World War I to detain individuals for their own protection or to avert an immediate security threat if there were no other recourse. Do not be fooled by this. It was anything, but protective. The Gestapo employed protective custody to arrest political opponents at first, but later Jews, as well as Jehovah’s Witnesses who, because of religious conviction, refused to swear an oath to the Nazi German state or to serve in the armed forces. So, now the people could not speak out politically or religiously, and remember that their gun were also gone. It was a precarious place to be. Hitler was in charge, and he considered anyone who opposed him expendable.

So just imagine, you are asleep in your bed, after a nice Easter dinner with your family, and there comes a knock at the door…or rather a pounding at the door. The door bursts open and the police come in and drag your husband, wife, or even children away with barely a word spoken. No one was exempt. Kids could speak the 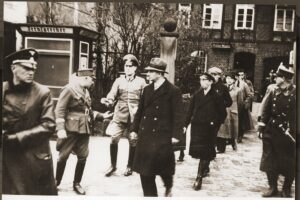 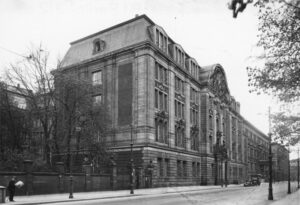 wrong things too. Of course, usually parents were the ones hauled away for what they taught the children. Children were taken into “protective custody” to be retrained in “proper” thinking…in other words, Nazism. Those were perilous times, and times that should never be forgotten. Failing to remember the horrors of the past, opens us up to a repetition of past mistakes in a future time.