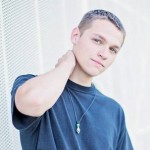 As another summer moves into the past, yet another of my grandchildren has had senior pictures taken. This year, we will have only one graduate, instead of two. Nevertheless, as each one graduates, I feel a little sadness. Before my very eyes, my grandchildren are growing up, and moving on with their lives. I want them to be little again. This year’s graduate is my grandson, Caalab Royce. Caalab’s favorite things are his guitar, his truck, and his dogs. That said, he decided to incorporate his guitar and his truck into his senior pictures, and chose the Washington Park Band Shelter as his backdrop. The pictures turned out great.

Caalab isn’t one to spend a lot of time posing for pictures, and would much rather take those spontaneous selfies with his mom, sister, and me. I think maybe he would rather make funny faces that the nicely posed type of shots that senior pictures are. He just doesn’t have the patience for that sort of thing. Still, I think he had a good time in the end…or at least it looked like he had fun. I think I will have a lot of trouble choosing my favorite among the shots Jessica Coleman at Poetic Images Photography took. The pictures are really good, and I think they capture a lot of who Caalab is. And isn’t that what a good photographer does…capture the essence of the person.

When I think of another of my grandchildren being out of high school, I am beyond surprised. It seems impossible that my grandchildren could be so grown up already. Caalab should still be that little boy who began playing with my hair at six months of age, and has never stopped wanting to do that. He should still be that smiley boy, who is full of mischief…oh wait, he is still that smiley boy, who is full of mischief. Maybe not so much has changed after all, and in reality I do have this school year before he actually graduates. And I hope he will always like to come and hang out with his grandma and papa, because we would miss it if he didn’t. Spending time together is of the utmost importance to me, because my family is of the utmost importance. I suppose that is why the changes of having the grandchildren growing up are so hard. When my girls grew up and got married, I hoped and prayed that they would stay in Casper, because I wanted to be a part of their daily lives. Thankfully, so far that has been the 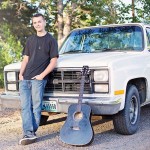 case. Now it is the grandchildren…and I hope they will stay in Casper as well, because I want to be a part of the lives of my great grandchildren too.

Graduations are new beginnings, and the senior picture is the first step toward that new beginning. The end of summer, and the senior pictures always serve as a reminder that life is short, time flies by, and change is inevitable. I just wish I could be the exception to that rule, and that life could always stay the way it is right now…or maybe back just a few years to when I was still the one taking my grandchildren to school each day. It was so nice to see them every day. I felt infinitely blessed…still do, because they are the best.