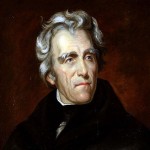 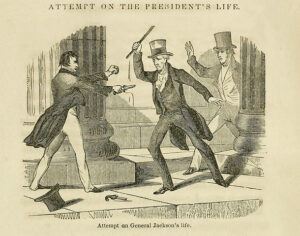 Over the course of American history, several presidents have been assassinated, and several others have survived attempted assassinations. Some were quickly treated, and others were not where the would-be assassin thought they were going to be. Still, Andrew Jackson, the seventh US president better known as “Old Hickory” was, without doubt, the most amazing one. and for good reason, as one would-be assassin found out.

On January 30, 1835, Richard Lawrence came up to the 67-year-old Jackson, as he left a congressional funeral and pulled a pistol on him. I’m sure he thought a 67-year-old man was going to be an easy target, but when he pulled the trigger, the gun misfired. While having his gun misfire was…inconvenient, Lawrence also found out that a 67-year-old man is not necessarily a weak, old man. A furious Jackson began beating the man viciously with his cane in retaliation. Then, while trying to dodge the cane wielded by Jackson, Lawrence managed to pull a second gun from his jacket and pull the trigger. I don’t know how, but Lawrence had to be either the unluckiest assassin, or a totally inept gunman, because the second gun also jammed. By this point, Jackson’s aides were able to wrestle Lawrence away and into custody. Jackson was unharmed. 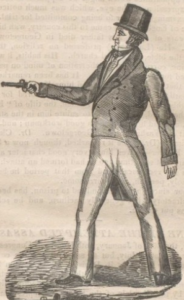 Jackson became convinced that the attempt was made at the behest of his political enemies, even though all evidence pointed to Lawrence being a mentally unstable lone wolf. I rather think I might agree with Jackson on this one, because politics can be a deadly career to get into. Jackson spent the rest of his presidency worried about another attack, while his vice president, Martin Van Buren, started carrying two loaded pistols with him into the Senate.

You can take away any opinion on this matter that you want to, but I have my own. I find it amazing that Jackon had the wherewithal to “pull” his cane on his would-be assassin, but how often to you see two different guns misfire in the commission of the same assassination. I see that situation as nothing but God. Jackson was the recipient of a double miracle. If either of those gun shots would have connected to their mark, he would surely have been dead. This was not a sniper shooter, but rather, a close-range shooter, and would have meant instant death. No, this man was divinely protected, and that’s all there is to it.