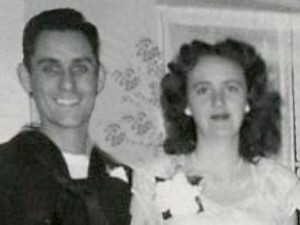 Until September 1, 1947, my mother’s family consisted of my grandparents and nine children. When a family is young, you rarely think about the future changes…such as the children getting married and having children of their own. Those years seem far off into the future. Nevertheless, the reality is that time flies, and before you know it, all the children are married and have children of their own. While those years seem to fly by, you just never forget the days when another person joined the family, and the reality is that whether you do it consciously or not, you are always a little bit amazed when you think about the first addition to the family that wasn’t your own child.

For my grandparents, that day came on September 1, 1947 and that additional person was my uncle, George 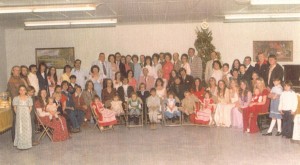 Hushman. The years that followed the marriage of my aunt, Evelyn Byer to Uncle George, were a virtual whirlwind of babies and other marriages. A few years back, we proudly counted our extended family at over 200 people, and at this point I would have to guess the number to be closer to 300 people…if not more, and Uncle George started it all when he married Aunt Evelyn.

Following their marriage, their five children followed in rapid succession. Their first child, a daughter named Sheila Ann, or Susie to all who know her, was born just fourteen months later, on November 14, 1948. Their first son, George Wave was born just thirteen months later on December 13, 1949. He was followed by Shelley Kay on November 8, 1950, Shannon Lee on January 27, 1953, and finally Gregory Wane on April 10, 1954. By the time Aunt Evelyn and Uncle George’s family was complete, there were other children in the family who were married, and the family continued to grow quickly. 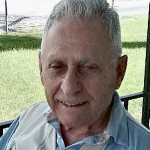 Once a family reaches the point of adding the first spouse to the family, the growth really never stops. There is always another of the couples who is having a child, having a child get married, or having a child have a child. As quickly as one becomes a parent, another becomes a grandparent. It’s like a snowball rolling down a hill…it grows and grows. Our family has never stopped growing since the day Uncle George married into it. And it will continue to grow as long as time endures. While Grandma and Grandpa Byer started it all with their nine children, it was Uncle Georges proposal to Aunt Evelyn, that signaled the next phase of its growth. Today is Uncle George’s 91st birthday. Happy birthday Uncle George!! Have a great day!! We love you!!