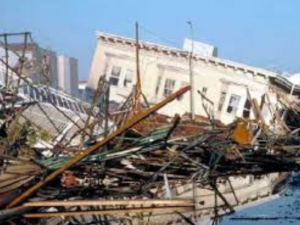 As the 25th anniversary of the Loma Prieta earthquake arrives, I am reminded of the time spent watching the footage of the aftermath. At that time, I had never been to California, and so I didn’t quite understand what I was seeing…but my parents knew. They had been there several times. They kept saying that a lot of people were probably dead on the Oakland Bay Bridge. As I looked at the pictures, and heard the reporter mistakenly describe the bridge, as simply collapsed, so I just didn’t get it. My parents kept saying, “That is a double road…don’t they understand that?” I guess they didn’t…and I didn’t either. They finally told me that it was a double deck bridge. Then I got it…in every sickening detail, I got it. People were trapped under tons of metal and concrete. Maybe their cars could have saved them, but it was doubtful. That was just too much weight. In the end, only one person was killed on the Oakland Bay bridge, because it was closed for retrofitting. The people on The Nimitz Expressway…also a double deck bridge, at the Cypress Street Viaduct, were not so lucky. That bridge also collapsed and when it did, it killed 42 of the total of 67 people killed in the Earthquake.

The day was October 17, 1989, the first game of the World Series was being played right there in San 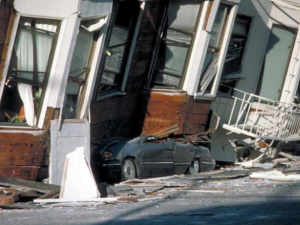 Francisco at Candlestick Park between the two local teams…The Oakland Athletics and the San Francisco Giants. The people in the area were very excited and baseball was the only thing on their minds. The game was to start at 5:30pm, but that was not to be. The earthquake rated a magnitude 7.1 struck at 5:04pm. Game day would have to wait. Today, it was all hands on deck. And the first question on everyone’s mind was, “Is my family safe?” In that moment, all thought of baseball stopped, and everyone’s mind was on finding the victims…and, hopefully finding them alive.

I can’t say that I knew anyone who lived through the earthquake, nor anyone who died in it, but rather what I felt was how it impacted my parents at that time. I also felt that same impact on me when I visited San Francisco a few years later. I don’t think you can know an area where people were killed in an earthquake, or even visit that place and not feel something…not if you knew or remember the disaster that happened in that place. San Francisco is a beautiful place, with so much to see, but it is also a sad place where, over the years, the San Andreas fault has exploded over and 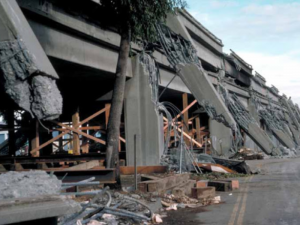 over again, leaving in its wake, the bodies of its victims…and the shattered lives of their families. I suppose there are people who can go there, and give no thought to that historical fact, but I am not one of those people. I think there are places when the memories of tragedies in the past lingers in an almost physical way. The ground becomes almost hallowed, deserving of respect for those who died there. Lives with so much promise, people with so much to live for, were wiped out in just 15 seconds…the 15 seconds that the earthquake was happening. That was all it took…just 15 seconds, and they were gone. That was 25 years ago today, and when I think of all the contributions those people could have made to the world, it makes me very sad indeed.