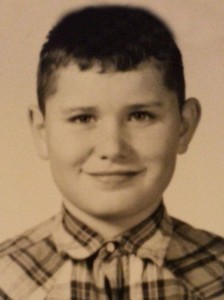 As the youngest of five children in his family, with three older brothers and one older sister, my guess is that there were plenty of times when my brother-in-law, Lynn Cook was picked on. That seems to be the way families go, especially with the youngest child. The older kids either wish that the kid would leave them alone, or they just like to tease the kid. Either way, he has to learn to deal with the teasing or get bigger than his siblings so he can make them treat him differently. In my opinion, Lynn did the latter…yes, definitely, he did the latter. Actually, I think he always got along well with his siblings, but in true Lynn Cook style, you have to admit that I had you going. 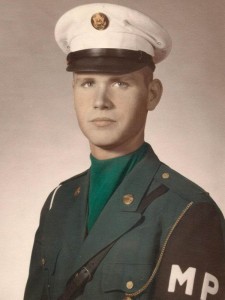 In the service, Lynn was an MP in the Army, stationed in Germany, where he also earned his Masters Degree in Maximum Confinement. That set him up for a career he would have for a number of years…deputy sheriff. Lynn’s size was a big asset in that career, because when an officer is quite tall, it can be intimidating to someone who was considering resisting arrest. Just one look up and they rethink. Lynn liked to take advantage of his position on occasion, to pull over his future brother-in-law, my husband Bob, just so he could visit with him…lights flashing of course. That way, while they talked, everyone thought Bob was 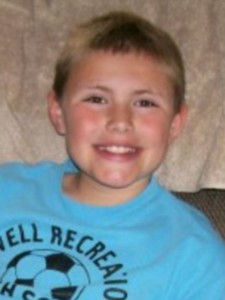 getting a ticket. I’m sure he did this to other friends too, but I also think he took great pleasure in pulling this on Bob.

Of course, time changes things, and those little jokes don’t happen as much, mostly because Lynn lives in Powell and we live in Casper. Don’t think that Lynn doesn’t make up for it when he does see us though. But, these days, Lynn is busy with his grandchildren and since his retirement, going camping a lot. When I saw this picture of him, I was surprised at just how much his grandson, Weston Moore looks like him. I knew that Weston resembled his grandpa, but when you look at Lynn at the same age, I just couldn’t believe how much. Today is Lynn’s birthday. Bob says that in belated retaliation, I should tell you…happy birthday old man!! Have a great day!! We love you!!