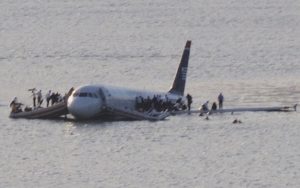 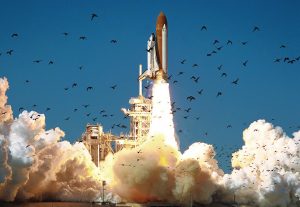 Most of us have heard about the bird strike that brought down US Airways Flight 1549 in the Hudson River off Manhattan, after both engines were disabled by a bird strike on January 15, 2009. The birds were just flying along…minding their own business. Then suddenly, there was a plane…right in their path. So my thought is what were the birds thinking in that instant before their death. I don’t mean to sound morbid, but I do believe animals can think, and like humans, they might be thinking, “Oh boy…this is it!!” And it was.

In the world of NASA Kennedy Space Center in Florida, birds are a part of the territory too. NASA usually takes their feathered intruders in stride, and in turn, the birds provide an extra level of interest in launch photography. For NASA the bird problem can be largely attributed to the nearby Merritt Island National Wildlife Refuge’s 310 species of birds that love to swoop through for a visit. Most of the time it’s no big deal, but when they start poking around during a launch, it can be a bit more problematic.

Many of the bird species are not a problem, but one particular type of bird is causing concern for NASA…vultures. In 2005, they had a bird hit Discovery’s external tank during the launch. A vulture’s average weight ranges from 3 to 5 pounds, so a strike at a critical point on the shuttle…like the nose or wing leading thermal protection panels could cause catastrophic damage to the vehicle. The foam chunk that fatefully struck Columbia’s wing in 2003 weighed only 1.7 pounds. Even with the space shuttle launches cancelled, there are still launches at the Kennedy Space Center, and something needs to be done to protect the astronauts, rockets, and equipment, as well as the birds from the harm that occurs when nature collides with NASA. That said, NASA designed special radar to track any vultures around Launch Pad 39B during the countdown to liftoff of Space Shuttle Discovery on mission STS-121. NASA is also trying to clean up anything, like “roadkill” around Kennedy in an effort to prevent the birds being drawn to the area. They are removing the easy food source that keeps the birds around. 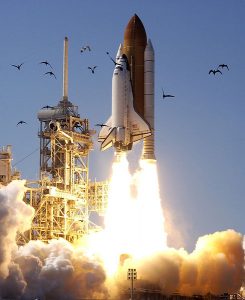 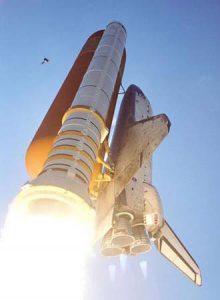 Vultures search for food during the day, often circle high into the Florida sky, floating on the thermal gradients, getting a birds-eye view of food sources. To mitigate the danger, an avian radar system known as “Aircraft Birdstrike Avoidance Radar” has been installed to track their movement around the launch area and relay the data to launch control experts. The system was developed by a company called DeTect of Panama City, Florida, which primarily has served the commercial aviation industry and the military. Hopefully the radar can give the launch team locations in real-time so decisions can be made to avoid bird strikes in the future.